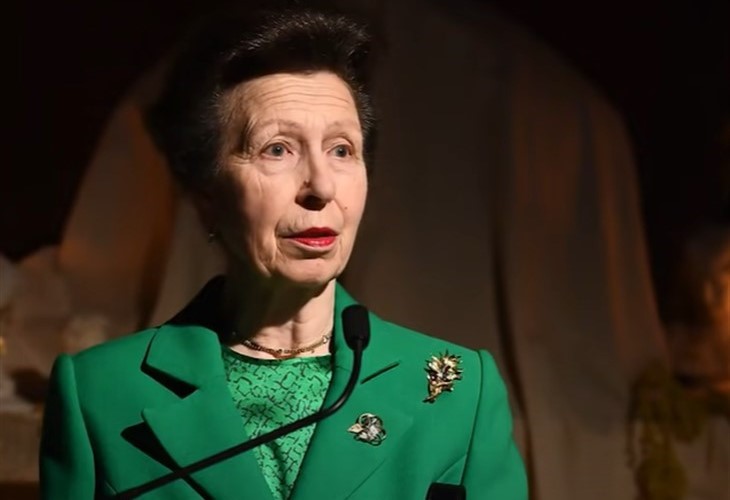 Princess Anne proved that she still is the hardest working royal with her Australian tour where she packed in 20 different engagements on the 4-day Australia and Papua New Guinea tour. Not only did she devote so much time to her engagements – and so little time to sleep – but she did all this in the cheapest way possible, even doing her own hair and makeup and staying in £185 hotels.

Princess Anne flew 25,000 miles on a commercial airline and packed in over 20 engagements in four days without taking an evening off.

The royal reportedly packed her own suitcase and was accompanied by only one staff member, apart from her husband and security detail. Throughout the tour, she stayed in budget hotels and personally prepared herself for the day ahead.

Royal sources were amazed at the Princess’ agility, despite being five years over the retirement age. The tour proved that she truly deserves the title of the hardest working royal, alongside her busy schedule representing the Queen both at home and abroad, attending state and ceremonial occasions, conducting investitures, and supporting more than 300 charities, organizations, and military regiments.

Her visit to Sydney and Papua New Guinea, both of which retain the Queen as Head of State, was done to mark Her Majesty’s Platinum Jubilee.

While her tours attract far less publicity than other senior royals, there were still no dressers, tour organizers and personal assistants.

Immediately after landing in Sydney at 5 a.m. last Saturday, she barely had a couple of hours to shower and change before she stepped out for her first engagement at 9:30 a.m. She met with the Governor of New South Wales, followed by a meeting with His Excellency General David John Hurley, the Governor General and the Queen’s official representative in Australia.

The rest of the day was spent at the Royal Agricultural Society of NSW’s Bicentennial Sydney Royal Easter Show, where she was on her feet the entire time learning about the challenges of living off the land after years of drought and floods.

The royal was also well-received in Papua where she got a flower named after her. The people of Papua were also charmed by her down-to-earth approach during her official engagements.

The entire tour saw the royal dedicate several hours to her duties, so much so that a royal source said she was flogging herself. “It’s quite unbelievable,” the source said, “she literally hadn’t stopped flogging herself from the moment she left the UK. And to think she will turn 72 this summer. Remarkable.”