The Bold and the Beautiful Spoilers: Carter Pushes Paris Away And Longs For Quinn 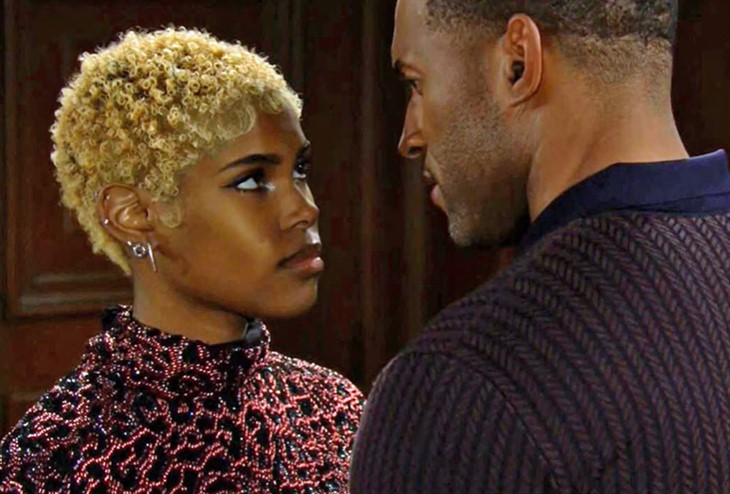 The Bold and the Beautiful (B&B) spoilers and updates Carter Walton (Lawrence Saint-Victor) wants to be in a committed relationship. Carter was engaged to Zoe Buckingham (Kiara Barnes). Carter and Zoe had problems with their relationship and could not stay together. Carter turned to Quinn Forrester (Rena Sofer) because he needed a friend. Carter and Quinn got into a relationship but it came to an end. Carter has been getting close to Paris Buckingham (Diamond White). Carter has not been confident about being in a relationship with Paris.

Carter wanted to find a way to move on without Quinn. Carter found comfort from Paris. Paris has been in a relationship with Zende Forrester Dominguez (Delon de Metz). Paris has been happy with Zende but she was not ready for a long-term commitment to Zende. Paris had developed feelings for Carter that she wanted to explore. Paris convinced Zende that they should be able to date other people. Carter was unsure about being with Paris because of Zende.

Carter had been approached by Paris’ mother Dr. Grace Buckingham (Cassandra Creech). Grace does not want Paris with Carter because she believes that Zende is the right man for Paris. Grace wants Carter to end his relationship with Paris. Carter may believe that Paris should be with Zende. Carter may decide that he will break up with Paris.

Carter was not expecting to fall in love with Quinn. Carter wanted to help Quinn because she was having trouble with her marriage to Eric Forrester (John McCook). Carter had wanted to remain friends with Quinn but he could not stay away from her. Carter has been close to Eric and his son Ridge Forrester (Thorsten Kaye).

The Bold and the Beautiful Carter wants to be able to have a lasting and fulfilling relationship. Carter had been concerned about being with Paris. Carter may find that he had been on the rebound from Quinn when he turned to Paris. Carter may encourage Paris to stay with Zende. Will Carter help Paris to decide that she wants to make a commitment to Zende?

The Bold And The Beautiful (B&B) Spoilers: Why Isn’t Krista Allen In The Opening Credits? https://t.co/PnjJ711qP0 pic.twitter.com/E4M42NDLUv

Carter does not want to come between Quinn and Eric. Carter may want to keep his distance from Quinn but may not be able to. Carter knows that Quinn fell in love with him and would have stayed with him if Eric had not wanted her back. Carter may find that Quinn has changed her mind about being with Eric. Quinn could decide that she still wants to be with Carter. Will Carter be able to get Quinn back if she is not with Eric?