The Young And The Restless: Eileen Davidson Stars In New TV Mini-Series 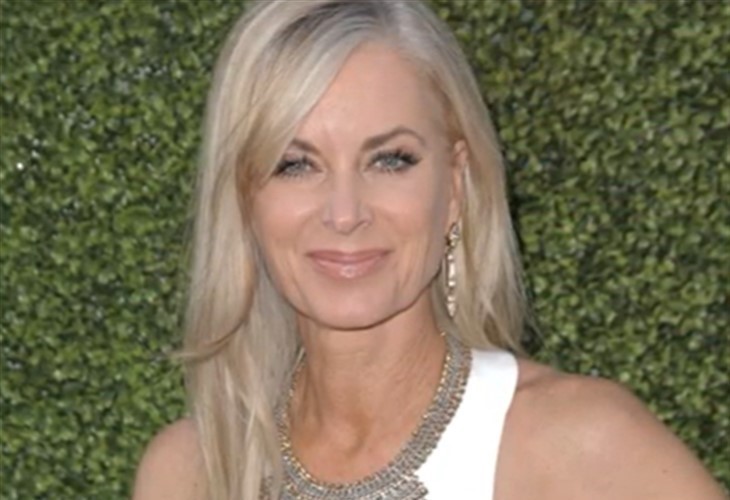 The Young and the Restless spoilers and updates tease that Eileen Davidson has landed a new gig. The actress, who plays Ashley Abbott, on the daytime drama is set to appear in an upcoming TV mini-series.

Davidson will take on the role of Mary Grace. Other cast members include Don Stark, Corbin Timbrook, Sal Velez, Jr., and Tom Alper. The upcoming TV mini-series is produced by Steve Owens along with John Spiering and Steve Alper, who penned the project. The series is set to premiere on May 1, 2022.

The crime series titled, Three Way Mirror focuses on the story of Emily Morris, a detective who “is given a chance at redemption by solving the mystery of which triplet committed murder.

Victor Newman (Eric Braeden) will unleash his fury against Adam Newman (Mark Grossman) when he learns that he made a decision without consulting him first. Fans may recall that Adam offered Ashland Locke (Robert Newman) half a billion dollars to leave Newman-Locke and Victoria Newman (Amelia Heinle).

Victor thought that he and Adam were both on the same team when it comes to Ashland. So, he expected him to share his plans. However, he becomes furious when he learns that Adam went off to handle things on his own.

Victor is furious and confronts Adam. He’ll question his motives and point out the irresponsible move he made. Adam may think that he just wanted to clean up the mess Victor’s in right now. But Victor sees it differently.

Diane Jenkins’ (Susan Walters) return to Genoa City will spark some problems for some locals. Jack Abbott (Peter Bergman) needs to clean up a mess that has something to do with her comeback.

It may have something to do with Kyle Abbott (Michael Mealor) learning that she’s alive. Her sudden return may lead to a disaster and Jack may take the blame for not telling Kyle the truth sooner.

Spoilers hint that there will be a car accident. Fans have to wait and see if Diane gets involved in the multi-crash, which some predict will happen in the show. The Young and the Restless insiders have predicted this incident to happen in the daytime drama and the rumor about an impending crash is still continuing to spread.