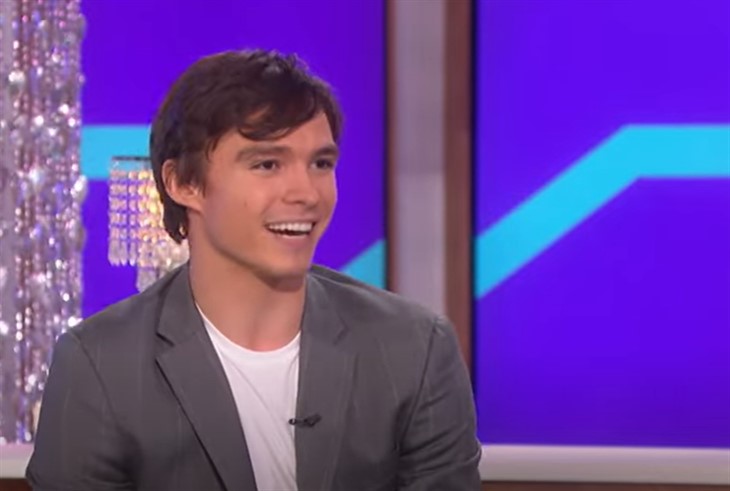 General Hospital’s Nicholas Chavez (Spencer Cassadine) didn’t know what he wanted to do with his life. A friend asked him to step in for a role in “To Kill A Mocking Bird” and Chavez was hooked. Chavez moved to Florida during the pandemic and sent in his video audition for the role of Spencer. Chavez flew to L.A. for a test taping with Maura West (Ava Jerome) and had the job 24 hours later.

General Hospital – A Lot Of History And A Lot Of Storyline

General Hospital’s Chavez admits that he had a lot of history and a lot of storylines to wrap his mind around after joining G.H. Chavez says when he auditioned, they wanted Spencer to be portrayed as very confident and almost arrogant. Chavez needed to remember that Spencer came from money and portray him as such. Chavez says the more he gets to know Spencer, the more he enjoys playing him. Spencer is broken and wants to repair himself. Spencer also wants what he believes he is owed in Port Charles.

General Hospital’s Chavez says now that he has been Spencer for a few months, he has settled in, and that allows him to be more creative. Chavez has grown comfortable under the lights and can now observe others to see how he should react. Now Chavez says he doesn’t criticize himself thinking he looks ridiculous in a scene. Chavez says it is no different than working with your peers at a different job. Chavez is grateful to have been accepted by fans in the role.

General Hospital – Nicholas Chavez Is A Self Critic

General Hospital’s Chavez is grateful to the fans and loves the feedback. However, Chavez tends to critique his scenes and notices when he could do better. Chavez says he goes online and reads the comments of fans. Chavez is amazed at the way fans come together and discuss what could be coming up next. Chavez says his goal, while on G.H. is to improve as an actor. Chavez realizes that a lot of learning can occur while on a soap opera and plans to take advantage of that. Chavez also wants to help the character of Spencer grow as well.

Has Chavez won you over as Spencer Cassadine? Should Spencer and Trina Robinson (Tabyana Ali) explore their relationship? Will Spencer ever be able to break free of Esme Prince (Avery Kristen Pohl)? Spencer may still have an issue getting rid of Esme. If Esme discovers that Spencer knows she is guilty, Spencer’s life could truly be in danger. Will Esme or Ryan Chamberlain (Jon Lindstrom) harm Spencer in the end?