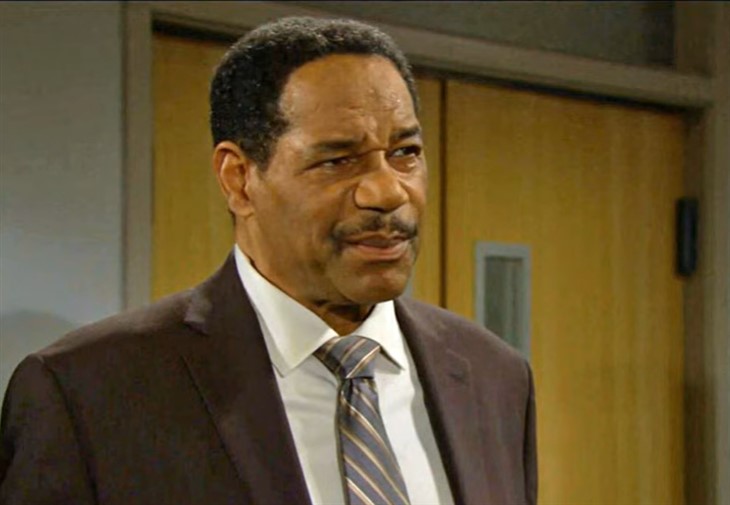 The Bold And The Beautiful Spoilers – High-Profile Violent Crime

B&B spoilers reveal that Deacon Sharpe (Sean Kanan) called 911 right away when he found Finn and Steffy’s bodies. The police immediately began questioning Deacon, who didn’t know anything. As time goes on, there will be more pressure on the police to solve this seemingly senseless crime.

Not only does Ridge Forrester (Thorsten Kaye) demand justice but the Forrester family is famous in the fashion industry. Forrester Creations has offices in other countries. So, the media will probably be all over this and Bradley will need to solve the case.

Baker showed up at the hospital once already. However, Steffy was in a coma. At that time, Sheila made sure to stay within earshot to determine if she had reason to worry or not. Sheila made sure to mention that she was Finn’s birth mother. When Baker asked Finn and Steffy’s families if the couple had any enemies, Li Finnegan (Naomi Matsuda) said everyone loved her son.

The Bold and the Beautiful spoilers reveal that Steffy is awake now. So, expect Baker to come back to the hospital. Soap Opera Digest published a photo showing Steffy lying in her hospital bed. Baker is at the foot of the bed. Baker’s mouth is closed but he’s leaning forward as if he’s listening. Meanwhile, Ridge is sitting on the hospital bed saying something to Steffy.

Will Steffy still say that she doesn’t remember what happened? We will find out when Baker appears on Friday, April 22, 2022.

After Baker talks to Steffy, expect Sheila to feel backed into a corner. During the week of April 25, Sheila decides to make sure Steffy never says another word. However, will Sheila kill Steffy, or could something happen that thwarts the villain’s murderous plans?

Another possibility is that Sheila continues to spiral out of control. The more Sheila tries to protect her secret, the more likely it is she makes a mistake. Could Sheila end up incriminating herself, leading Baker to arrest the killer? Share your theories and remember to keep watching the CBS soap to see what happens next in this storyline.