The Young And The Restless Spoilers: Ashland And Victoria Were Never A Good Match – Confession And Car Crash 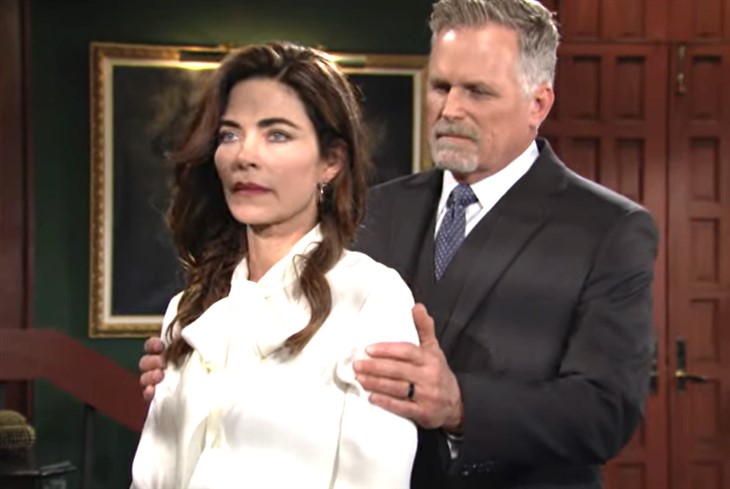 The Young and the Restless spoilers document that Ashland Locke (Robert Newman) targeted Victoria Newman Locke (Amelia Heinle) for a specific purpose. He wanted to take control of Newman Enterprises and decided he could con her into loving and feeling sorry for him.

In one of Y&R’s arguably more controversial storylines in years, Ashland is teased to acknowledge that he lied about having cancer. That unconscionable game took place because of his unquenchable thirst for greed and power.

Victoria never suspected that Ashland was not ill. Devoted viewers recall that she pushed for the merger after her love interest suggested it.

The Young And The Restless Spoilers: Team Ashland Or Team Victor?

The Young And The Restless Spoilers – Bouncing Back From Billy Abbott

Billy Abbott (Jason Thompson) should feel guilty. He is the reason why Victoria was vulnerable to Ashland.

The on-again, off-again pairing that Victoria and Billy shared ended a while ago when Thompson’s character decided that he was out. Billy offered some modern gobbledygook about Victoria not allowing him to be his authentic self. What nonsense that claim was, as she cleaned up his many messes and served as a secondary mother figure for much of his adult life.

So, left reeling again, Victoria saw Ashland as an anti-Billy. The character, who was initially played by Richard Burgi (Ashland), appeared overly confident. In reality, he was simply a con artist dreamer.

There is something wrong with Ashland. His Lockeness Monster nickname does not seem cute now that he has wrecked Victoria’s life.

What type of man allows the boy who he thought was his son to be taken away to Italy, based on the lie that Harrison Locke (Kellen Enriquez) would be better off not seeing him while he was ill when the man was the picture of health? A lout.

However, Ashland seems to have finally grown a conscience, as he admits his lie. But he is doing so as part of his plan to take a half-billion from Victor Newman (Eric Braeden) and start a new company with Victoria in some other, undefined part of the world.

Victoria is teased to double-cross Ashland. Viewers will see if he receives the wire transfer that Adam Newman (Mark Grossman) promised after the paperwork is signed, that slices Ashland from Newman-Locke, and approves of the marriage annulment.

Does Vilasuso’s cast exit begin (or end) through a terrible car crash? Viewers will soon know during the week of April 18 on Y&R.