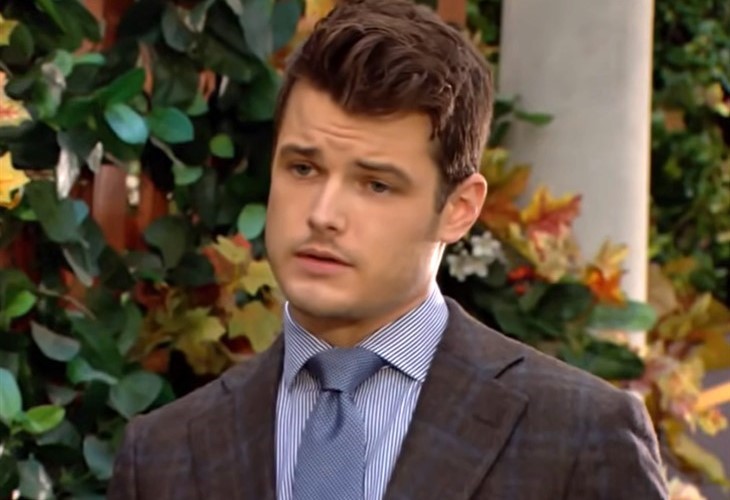 The Young and the Restless spoilers reveal that Kyle Abbott (Michael Mealor) will return to Genoa City. Kyle will learn that his mother faked her death and now wants to reconnect with him. Kyle might be angry, but Diane Jenkins (Susan Walters) is a master manipulator. Could Kyle believe the abandonment was a mother’s selfless sacrifice and forgive her?

The Young And The Restless Spoilers – Diane Jenkins’ Fake Death

Y&R spoilers reveal that everyone is learning that Diane faked her death all those years ago. If that isn’t enough, Diane is now in Genoa City and plans to stick around. Phyllis Summers (Michelle Stafford) has another face-off with Diane in Monday’s episode. That same day, Jack Abbott (Peter Bergman) will go to the Grand Phoenix upon learning that Diane is in town.

Jack has made it clear that he will talk to Kyle about Diane. However, Diane has Kyle’s phone number and will likely call him. Of course, Diane won’t tell Kyle who she really is over the phone. Just like how she made a game out of connecting Jack and Allie Nguyen (Kelsey Wang), she will play games with Kyle too.

The Young And The Restless Spoilers: Ashland And Victoria Were Never A Good Match – Confession And Car Crash

Diane knows that she has a better chance of getting what she wants if she sees Kyle face to face. So, Diane could make up an Abbott family emergency to get Kyle back in Genoa City. This might be why Jack hasn’t heard back from Kyle – because he’s rushing back to Genoa City as we speak.

When Kyle realizes someone’s played games with him, the young man will be furious. However, Diane will beg Kyle to hear her out. Kyle will be angry and demand answers as to why Diane abandoned him.

The Young And The Restless Spoilers – Abandonment Painted as Selfless Sacrifice

The Young and the Restless spoilers reveal that Diane told Allie and Jack a story explaining her fake death. It sounds like Diane wants everyone to believe that she’s changed. Plus, Diane said she was going to disappear with Kyle but decided at the last minute to let her son stay with Jack. Diane claimed that she knew that Jack could give Kyle the loving home and environment he needed. Then, Diane said she got help.

Diane could play this version of the story up to gain Kyle’s forgiveness. Diane could make the abandonment seem like a mother’s selfless sacrifice. That Diane “gave up her son” to give him a better life and so she could get her head screwed on straight.

Kyle just might understand this as he is a father now. Kyle could decide to give Diane one chance to prove herself. Not only will Diane probably get Kyle on her side, but she will also get a bonus child. Actor Peter Bergman teased to Soap Opera Digest that what Diane needs and what Allie needs aren’t worlds apart.

So, it sounds like Diane will get two kids instead of just one. Diane will serve as a mother figure to Allie while repairing her relationship with Kyle. However, will Diane get a redemption story, or could both Kyle and Allie be pawns in the villain’s sick game?