The Bold And The Beautiful Spoilers:  Hope Gives Steffy A Gentle Reality Check, But It Only Confuses Her 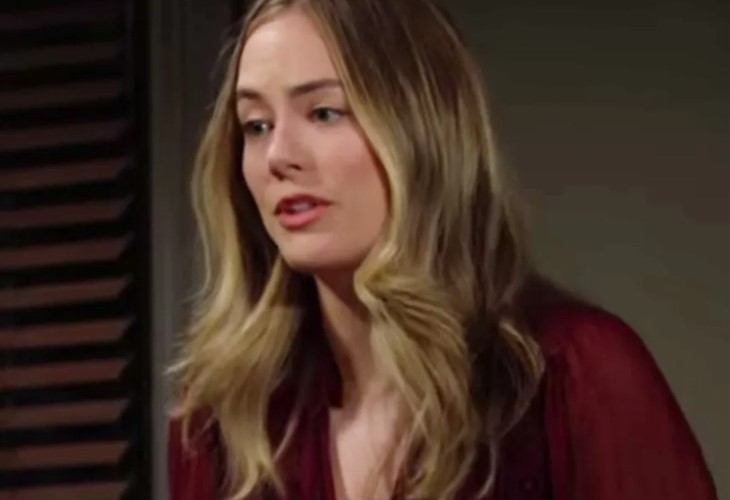 The Bold and The Beautiful spoilers and updates tease that when Hope Spencer (Annika Noelle) finds out Steffy Forrester Finnegan (Jacqueline Macinnes Wood) has forgotten several years of her life and thinks she’s still married to Liam Spencer (Scott Clifton) she’ll give her a gentle reality check, but it will only confuse her. Viewers of The Bold and The Beautiful will see that Steffy may not even remember either one of her children she’s regressed so far in her memories!

The Bold And The Beautiful Spoilers – Steffy Forrester Finnegan Wakes Up And Calls Liam Spencer Her Big Sweet Husband!

Liam looks stunned – and realizes Steffy has amnesia, when he was worried she would wake up and ask where her late husband Dr. John “Finn” Finnegan (Tanner Novlan) was! As a matter of fact, Steffy’s memory has regressed so far back not only does she not remember Finn or their baby Hayes Finnegan Forrester (Piper Harriot) she doesn’t even remember their little girl Kelly Spencer (Colette and Avalon Gray)! Liam knows this because the first thing Steffy would have asked is where her children were and her husband, and if they were all okay!

Viewers of The Bold and The Beautiful will see Liam tell Ridge Forrester, (Thorsten Kaye) Brooke Forrester, (Katherine Kelly Lang) and his wife, Hope the news that Steffy is awake and talking but she thinks he and she are still married! This makes the whole sad situation even worse of course, because apparently Steffy doesn’t remember anything since she and Liam were married the first time, even before they had Kelly!

Viewers of The Bold and The Beautiful can imagine that it will be incredibly awkward for the whole extended family, because Steffy is in delicate emotional condition as well, and it could be much too jarring for someone to just blurt out the truth! Steffy hasn’t just lost days, as if she’d blocked out the trauma of Finn being shot and killed in front of her and her own trauma being shot, she’s literally lost years! What would it do to her mentally and emotionally to be told a husband she doesn’t even remember is dead, and that she has two children she doesn’t remember, one with him and one with Liam?

The Bold And The Beautiful Spoilers – Hope Spencer Has Lost Her Husband To Steffy Forrester Finnegan Too Many Times, But She Realizes Steffy Has Amnesia

Viewers of The Bold and The Beautiful know that Hope is thinking to herself she’s lost Liam to Steffy too many times, and she’s not going to do it again – but even so, she realizes she has amnesia. Brain scans and other medical tests will be run to assess if there is any physical brain damage, but the memory loss may not be due to a physical cause!

Viewers of The Bold and The Beautiful can expect that Taylor Hayes (Krista Allen) will be the one to explain that that mind can block out traumatic memories and sometimes block out the whole time period. All that back and forth waffling Liam did between Hope and Steffy was traumatic too, so that might be why she’s gone back so far! Hope tries to give Steffy a gentle reality check by showing her photos of Liam she has with Kelly, and Finn with Hayes but it only confuses Steffy – she knows Liam, but who are the children?!