The Young And The Restless Spoilers: Jack And Phyllis Are Stuck – Diane’s Kyle Plan Works 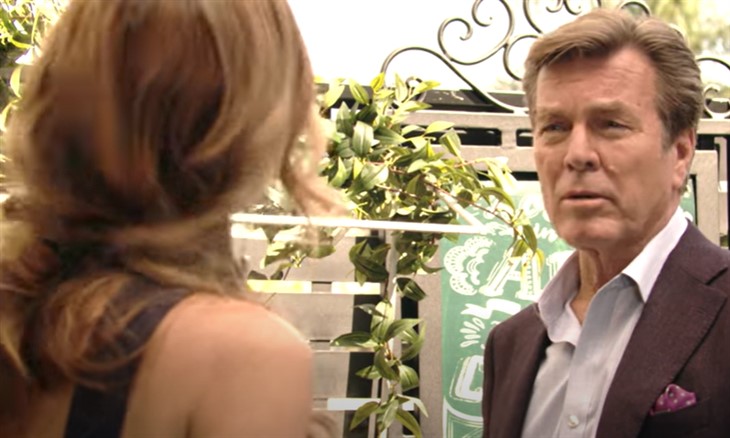 The Young and the Restless (Y&R) spoilers document that Jack Abbott (Peter Bergman) did not want Diane Jenkins (Susan Walters) to see their son again. Then, he adjusted his expectations.

With Phyllis Summers’ (Michelle Stafford) support, Jack sternly informed Diane that he would tell Kyle Abbott (Michael Mealor) that his mother was alive. But Kyle would decide what next step he would take if any.

Diane was not asked to come to Genoa City, Wisconsin. Walters’ character assumed that she was not forbidden from doing so and booked a flight from Los Angeles, California, in anticipation of her son’s arrival from Italy.

The Young And The Restless: Eileen Davidson Stars In New TV Mini-Series

An intriguing element of the surprise return of Walters to the cast has Bergman and Stafford’s characters falling back into love.

Jack and Phyllis have not been together in many soapy years. Adding a revived Diane into the mix adds a sharp, useful element of conflict into a story line.

Phyllis needed a push to realize that she can be with Jack again. Helping to defend him from the villainous Diane is the impetus Phyllis needed.

Mealor’s return to the cast is welcomed, as his version of Kyle is terrific. He and Hunter King (Summer Newman) voluntarily left the cast months ago, but without animus and the stated desire to return someday.

That someday happened at Victoria Newman Locke’s (Amelia Heinle) ill-fated wedding to Ashland Locke (as then played by Richard Burgi). But Summer and Kyle have only been seen in occasional video chats since.

Recent buzz indicated that King may not return to her role. So, time will tell what happens to Summer.

As for Kyle, Mealor has returned, and this storyline can allow him to remain with the cast if TPTB and the actor want it to be so.

The Young And The Restless Spoilers – Diane Jenkins Is Greedy

Diane is greedy and sometimes unrealistic. She seems to want Jack back.

So, her plan to reconnect with their son is not just about making amends with Kyle and meeting her grandson, Harrison Locke (Kellen Enriquez), but also using that dynamic to become part of Jack’s life again.

Phyllis sees that play a mile away, as does Jack. So, the question will be how Diane uses the situation to create an unforeseen advantage and possibly make a real play for Jack’s heart, as unworkable as that may be to him and everyone in GC.