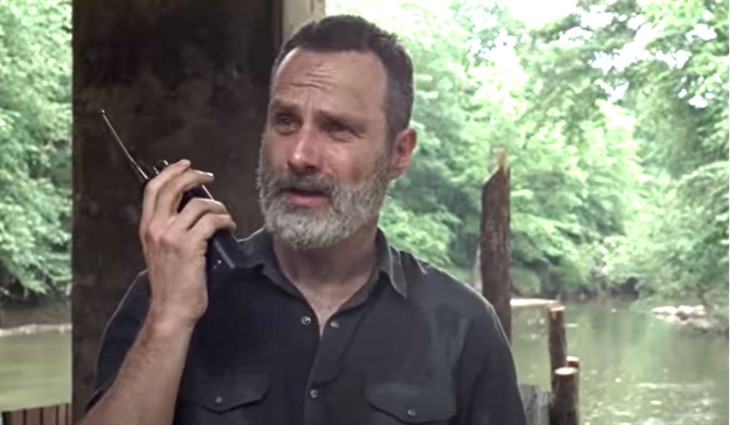 Rick Grimes may be set to make an appearance in the final season of The Walking Dead. Fans believe the sheriff may be returning after actor Andrew Lincoln was spotted in photos hanging out with Walking Dead’s Normus Reedus in what appeared to be Georgia where the show was wrapping up filming.

Currently, The Walking Dead is in its eleventh and final season. The last time fans saw Rick Grimes was back in season 9 when he was attacked by a herd of zombies before being whisked away in a helicopter. His absence left his love interest Michonne (played by actress Danai Gurira) to care for their unborn son and his daughter, Judith. Eventually Gurira leaves the show with her character Michonne taking off on a journey to find Rick.

Now as the series is set to wrap up, fans believe show runners may have plans to bring back Rick Grimes one last time before the Walking Dead series splits off into both movies and two television shows. In regards to the Walking Dead movie, Andrew Lincoln was set to headline a story that would center on the aftermath of his character being taken away in the helicopter. Due to COVID however, filming was delayed. It is now unclear when and if the movie is still a go.

As far as returning to the TV series one last time, Andrew Lincoln gave fans hope after attending a panel at SFX this past April. During the panel, Lincoln spoke highly of his love for the shows and the cast who he called “dear friends.”

“I would never say never to that because everybody that’s still doing the TV show are dear friends, and it’s an extraordinary feat that they’re still going and making this beautiful and ground-breaking show that still resonates with the world.”

At the moment, The Walking Dead is on break and is set to return this fall with the final episodes of season 11. During the mid-season finale that aired earlier this month, Daryl (played by Normus Reedus) is seen holding Rick’s old gun.

The appearance of Rick’s iconic gun has fans holding out hope that fans will see him in the TV series one last time reunited with his former core cast mates.