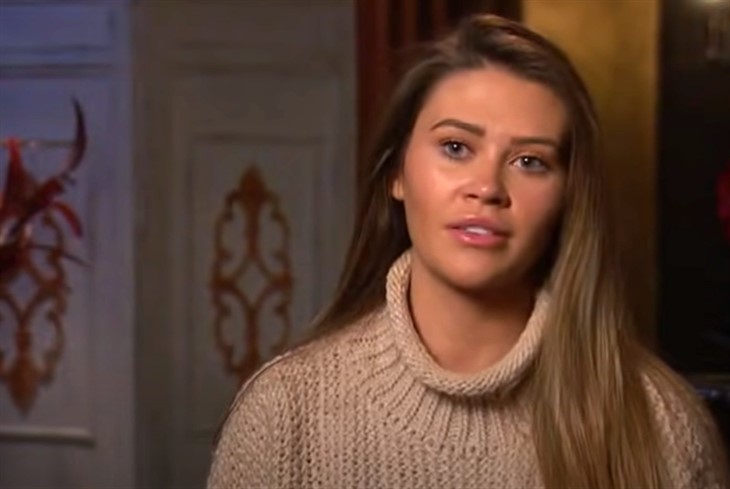 Bachelor in Paradise updates come from Dean Unglert and Caelynn Miller-Keyes quite regularly, but never the one ABC fans want to hear: A wedding proposal. The couple met back in Season 6, and they seem to have a great relationship. However, Dean seems reluctant to stick with traditions. So, it looks like Caelynn will have to do it. This week, she opened up about marriage and having kids.

Dean nearly messed things up with Caelynn. Recall, he dumped her on her birthday. Actually,  he left the island but found the courage to return. The rest of the cast members muttered under the palm trees as he and Caelynn talked things through. Then, they left together. Since then, they stuck with each other and extended their love to sweet Pappy the dog, who passed away recently.

Bachelor in Paradise didn’t work out for Dean the first time he appeared in Season 4. However, it seems that he finally found someone to spend his life with. Previously, he dated Lesley Murphy when he appeared on the Winter Games spinoff. For a long time, ABC fans thought that he’d never proposed to Caelynn. Actually, he displays a definite aversion to traditions.

It’s no secret that Dean told Caelynn Miller-Keyes long ago, that if she wants to marry him, then she should propose. Well, some fans thought he just joked. Taking to her YouTube channel, she admitted that at first, she thought so as well. However, it turned out that he felt strongly about it.

As far as he’s concerned, they are already spiritually married. So, she decided that she would do the proposal after all.

Bachelor in Paradise fans heard about the proposal that Caelynn Miller-Keyes p[lans when she did some Q&A stuff on her channel. There, she said, “I love the idea of planning a special moment that’s all about him. After I really thought about it, I am really into it. We’re in a partnership, we both should be proposed to!”

Bachelor In Paradise – Kids And More

Bachelor in Paradise fans also heard that when they marry, it will be a small ceremony in Lake Como, Italy. On kids, she’s just not into it yet. So, they’ll wait until she’s in her 30s before they decided to make babies. At the moment, she’s still in her 20s. In the meantime, their new rescue dog, Alastor keeps them on their toes.

What are your thoughts about Dean and Cealynn finally talking about tying the knot? Do you like the idea of her proposing to him? Sound off in the comments below.

Be sure to catch up on everything happening with The ABC cast show. Come back here often for more Bachelor in Paradise spoilers, news, and updates.