The Bold And The Beautiful Spoilers: Sheila Should Leave LA – Steffy Forced Into Fantasy World 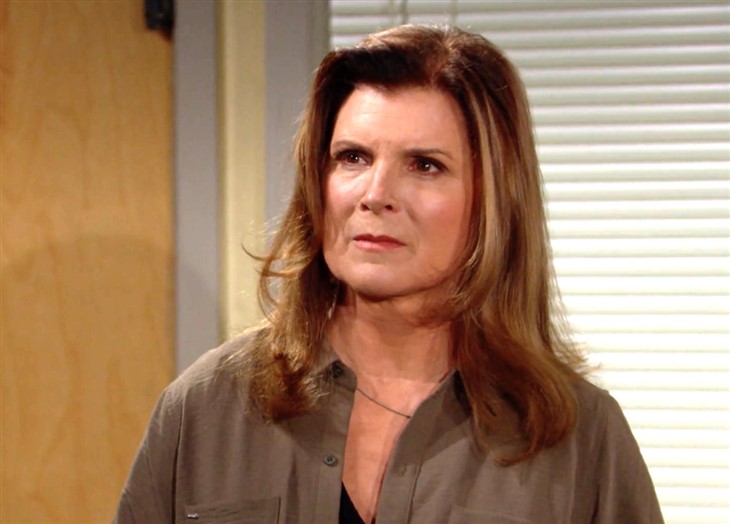 However, Sheila has entered the same fantasy world that she forced her daughter-in-law into when she shot John Finn Finnegan (Tanner Novlan) dead in the alley behind Il Giardino. Brown’s character is gambling that Steffy will permanently block out the horror that happened, which included Sheila shooting her.

Intriguingly, Sheila thought Steffy was also dead but did not verify it was true. Instead, she focused on making the crime scene look like a violent robbery gone wrong.

The Bold And The Beautiful Spoilers: Steffy’s Skewed View Of Reality– Coma Could Be More Believable

The Bold And The Beautiful Spoilers – Sheila Carter Is A Lunatic

Sheila is a lunatic who was allowed to leave a broken justice system. Whether that happened because she pulled a villainous stunt, she got off on a technicality, or a foolish judge decided that a rehabilitation threshold was reached is unknown.

What the viewers know is that Sheila intended to kill Steffy and that Finn stepped in front of his wife to protect her. Sheila was consumed with bloodlust and could not stop herself from pulling the trigger of the gun she had in her purse, which included a silencer.

Sheila may have been planning Steffy’s hit based on the self-talk conversations the audience witnessed. If not, then this career criminal had a silencer because she considers herself the modern day equivalent of a wild west character.

Sheila has been hanging around the hospital, where Steffy has begun recovering. Brown’s character wants to know if the widow will identify her as the shooter.

But Sheila also could be planning to take advantage of any opportunity to be alone with Steffy. Finishing her off, in whatever manner a trained nurse might employ, would prevent Steffy from ever being able to put Sheila behind bars.

The Bold And The Beautiful Spoilers – Steffy Forrester Spencer Once More?

Steffy has swapped Liam Spencer (Scott Clifton) and Finn in her mind. She can not accept that Sheila killed her husband and then shot her to prevent the attempted 911 call.

So, Steffy believes that she and Liam are still married. That takes this couple back a number of soapy years.

Of course, Hope Spencer (Annika Noelle) and her always hovering mother, Brooker Logan Forrester (Katherine Kelly Lang), will naturally weigh in on Steffy’s current view of reality, with Liam getting an earful on B&B.