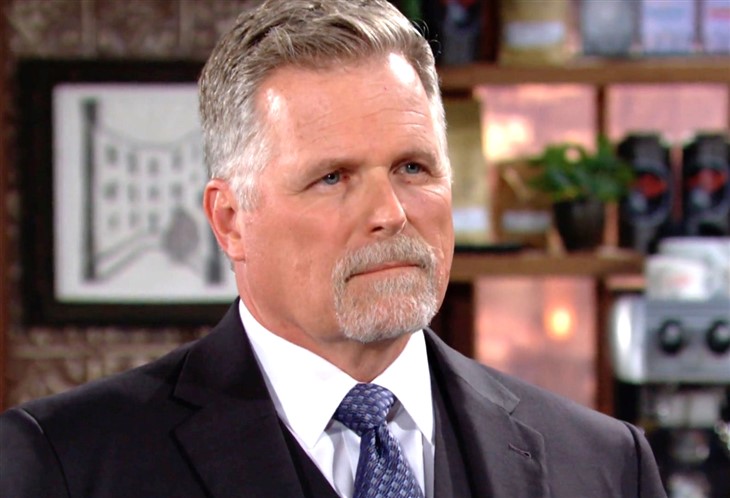 Will Victoria be so grateful to Ashland for pulling her out of her flaming car that she will forgive all? Probably not, as Victor Newman’s (Eric Braeden) daughter is no fool.

But Ashland’s bravery and the additional evidence that he does love her will prove meaningful.

The Young And The Restless: Michael Mealor Talks About Returning To Genoa City

The Young And The Restless Spoilers – Concern Was And Remains Real

Victoria did not believe Ashland’s story. He admitted that the cancer lie happened and he did so to force the merger into daytime reality. But those admissions were not nearly enough to overcome the humiliation and manipulation she endured.

Along with Ashland’s admissions was a surprise. Newman’s character said that he was not expecting to fall in love with his mark, but Victoria changed his life.

Following her out of town on that intensely foggy night furthers the notion that Ashland is not pulling another con. He does love Victoria and likely will not stop trying to restore their relationship.

Victoria was in no state to be driving anywhere, let alone on a dark road on the outskirts of GC after a heavy fog rolled in. Yet, there she was, talking on her sport utility vehicle’s speakerphone to her mother while Rey was approaching from the other direction.

Rey missed hitting Victoria’s vehicle when he was driving from the cottage back to Crimson Lights. Sadly, he, Chelsea Lawson (Melissa Claire Egan), and Connor Newman (Judah Mackey) will never get to the anticipated Chicago Blackhawks game because Rey’s car is believed to have struck Ashland’s and crashed.

While Vilasuso’s character did not survive, which is a shame for the actor and the fans, Victoria did. However, she would not have if Ashland was not concerned for her well-being.

The Young And The Restless Spoilers – Forgiveness Will Not Come Easy

Okay, Ashland pulled Victoria out of a burning car. She likely would have died in that remote location if Ashland was not there.

But Victoria never would have been on that road if Ashland’s actions had not forced her into a frazzled state. She will hold him responsible for putting her in danger and rescuing her.

The Young And The Restless Spoilers: Billy’s New Personality, Purpose Of Podcasthttps://t.co/QKYCaxKyns#YR #TheYoungandtheRestless

The minus-plus effect will not wipe out what happened since Ashland decided to target her and Newman Enterprises last year. Unless TPTB are planning to have one of his many enemies kill him off, it now seems possible that Newman will remain part of the cast, which is welcomed news for fans of great acting and this iconic soap opera.