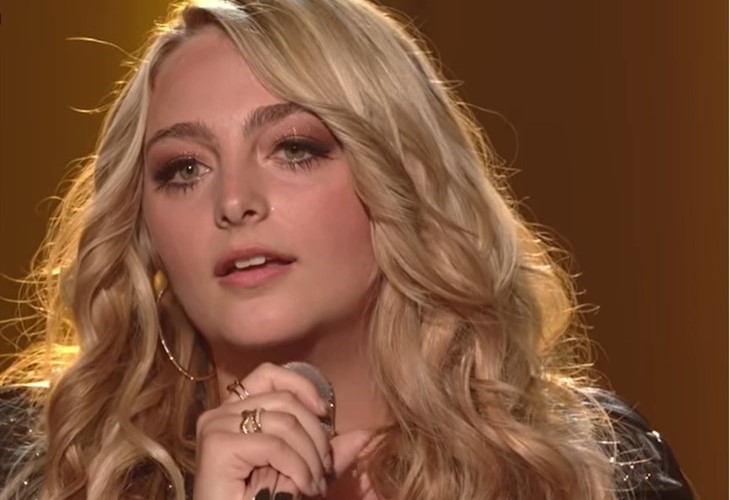 American Idol 2022 brings a lot of talent to viewers. Mind you, some of them complain that Laine Hardy ruined it for them. Many people in The Laine Train believe that he was so good, that everyone else pales in comparison. Well, if that’s the case, perhaps they should watch HunterGirl who wowed the judges enough to net her a Platinum ticket.

When Kenedi Anderson got her Platinum ticket, a lot of people thought that she might actually win the top prize. However she, unfortunately, withdrew due to “personal reasons,” and fans were sad. Actually, some of them speculated that she pulled out because she saw better opportunities to carve out her musical career. Well, HunterGirl also got a ticket and she stuck with it and made it to The Top 10.

American Idol brought some unhappiness when other female contests went home. Actually, many of them felt that Dan Marshall shouldn’t have remained in while people like Scarlett ended their run. However, that’s the way it works, and as the competition nears its end, likely more unhappy fans see their favorites leave. Right now, it looks like HunterGirl is definitely in it to win it.

If you paid attention during the first auditions, you’d have heard that HunterGirl’s real name is Hunter Wolkonowski. Hailing from Tennessee, she wowed the judges with her song, “Riot” by Rascal Flatts. Well, she quickly made it into the Top 20, where she performed her original number, “Heartbreak Down.” Skipping through the Top 14, she now looks set to really make a name for herself.

The Sun ran a piece about the backstory of the American Idol star. The outlet noted that she does much more than just sing songs about veterans. In fact, she “started singing at her grandfather’s church at the age of three.” The talented youngster started “writing her own songs” at the age of nine.

American Idol – Music Studies helped Her On her Way

The American Idol front-runner, Hunter Wolkonowski entered competitions from a young age, taking home the prize at the Texaco Country Showdown. At the time, she hadn’t even hit 16 yet. Continuing her love for music, she attended “Middle TN State University,” where she obtained a degree at the Music Business School.

It might turn out that HunterGirl finally finds fame as she seems extremely popular with fans of the show. Knowing her military family background and her involvement in Veteran organizations, she won’t turn her back on supporting them if she walks away as the winner.