Days Of Our Lives Spoilers: Beth Tries To Tell Lani The Truth About TR 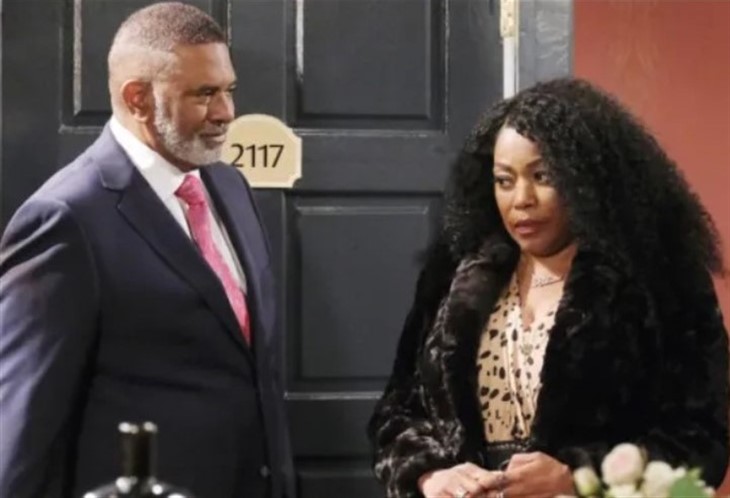 Days of Our Lives spoilers and updates tease someone tries to reveal the truth in a future DOOL episode!

Previous episodes of DOOL revealed Beth Howard (Donielle Artese) felt guilty when she heard Eli Grant (Lamon Archey) was comatose. Beth was the one who called him to alert him to TR Coates’ (William Christian) true nature. Beth knew that Eli was shot as a result of Coates’ duplicity and now she wants to tell his wife!

Beth knows that Eli is a family man and she’s not sure he’ll ever wake up, and has two little twins! What makes it even worse is Eli is Coates’ son in law –Coates is Lani Grant’s (Sal Stowers) birth father!

Beth has stopped letting herself feel intimidated, even though she knows what Coates is capable of from being abused herself. She should never have let herself be bribed by a part – in a movie that may never be made! Johnny DiMera (Carson Boatman) sent her on her way and told her Coates wasn’t in charge of casting, he was! Beth has decided that Lani needs to know what kind of man her birth father really is so she can protect herself. More importantly, so she can protect her children – Coates is no Santa Claus whose lap they can climb on!

Days Of Our Lives Spoilers – Beth Howard Wouldn’t Forgive Herself

Beth Howard wouldn’t forgive herself if something happened and Eli didn’t make it, she already feels responsible for his shooting. Beth knows that Lani has to know the truth and that Coates’ changed nature is just an act! Coates may be a producer, not an actor, but he’s been giving the performance of his life in Salem!

On top of everything else, he insults anyone who’s made true changes in their lives by claiming he got religion! Beth knows that Coates is worthy of an academy award for acting, but they don’t give them out for lies!

Beth worries about Paulina Price’s (Jackée Harry) safety too, because she can tell his sugarcoated lies are working on her! Paulina was the suspicious one when Coates first came to Salem, but now even she is believing he’s changed. Beth has noticed he’s come over way too many times wanting to spend time with the twins, and that man is not safe! He may be hiding behind his religious cover well, but what if drugs fell out of his pocket? She knows how fast babies pick up things to put in their mouth!

Beth tries to spill the tea to Lani by setting up a meeting; perhaps they’ll meet at Julie’s Place. Beth knows Julie Williams (Susan Seaforth Hayes) is Eli’s grandma so Lani can bring their twins when they meet. Beth hopes Julie’s Place will be somewhere Coates won’t show up at so Lani will be safe.

Beth prefaces her conversation with Lani by confirming who she is and that she is Coates’ ex-girlfriend from California. But before she can tell Lani the truth about Coates, they’re interrupted; he spotted her headed towards the restaurant!