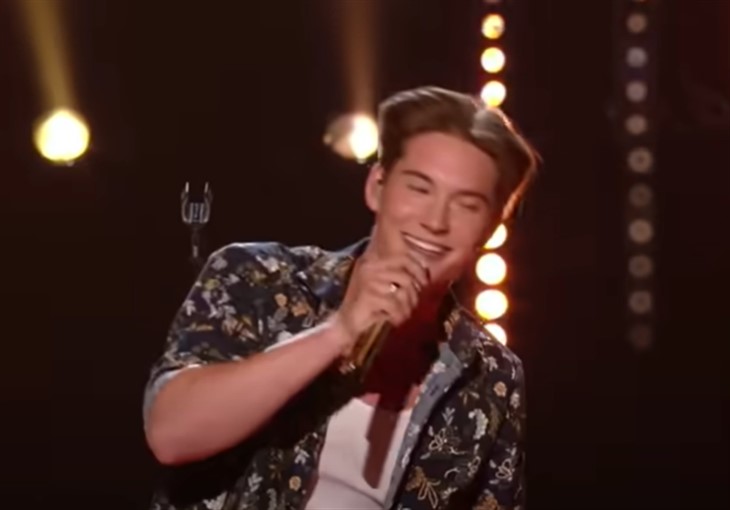 American Idol contestant Cameron Whitcomb holds so much talent, that he could have walked away as the winner. However, when he first auditioned, he did a backflip that rocked the judges. Katy Perry looked shocked and underwhelmed. Meanwhile, Luke Bryan almost cussed. Well, he refused to stop doing it. Did he kill his own journey to fame?

American Idol – Cameron Whitcomb Has So Much Talent

The judges and the audience liked the Canadian’s potential. In fact, like Kenedi Anderson, there was every possibility that he might have won in 2022. While Kenedi sent herself home, her fellow contestant was sent home after making it to the Top 20. While loyal fans felt sad, plenty of people felt that he killed his own chances by not taking advice.

The Young And The Restless Spoilers: Jack And Phyllis Are Stuck – Diane’s Kyle Plan Works

From the beginning, the American Idol judges noticed his talent. Unusually, when he talked, he sounded completely different from when he sang. Actually, his voice was awesome, most people agreed. However, his constantly hyperactive personality distracted people from his singing performance. The judges warned him that he was too focused on things like backflips rather than on his singing. But, by the time he slowed down, it came too late.

Whilst fans liked Cameron Whitcomb when he sang, a lot of comments across social media indicated that fans were over his backflipping. Actually, when it came to voting, fans gave him the thumbs-down and the judges opted not to save him. Typically, he simply did another backflip when he heard the bad news.

The American Idol wannabe doesn’t seem down about it too much. Taking to his Instagram he said, “I started with a backflip and it ends with a backflip.” Next, he thanked everyone for their support. Actually, it seems a bit sad that many people supported him, but as he didn’t listen to the judges, he lost a lot of fans. Cameron ended by saying, “THANK YOU! You haven’t heard the last of me yet.”

American Idol fans took to the comments section of the post by Cameron Whitcomb. There, they hoped that they would definitely see more of him. Actually, if he makes a comeback like Laine Hardy did, he might be ready to be a winner.

American Idol Fans Saddened That Scarlett Is Out, Dan Marshall Is In https://t.co/21xC7tMX3p pic.twitter.com/5eOhY8zD4l

One fan wrote, “You are amazing. Thanks for letting us get to know you. Always a fan and rooting you on 🙌🏼.”

Clearly, not everyone hated that he did backflips and oozed energy, One faithful follower wrote, “You rock! You made watching American Idol sooooo much fun! Wishing you all the best in your future endeavours! 👏👏👏👏👏.”

What are your thoughts? Do think if Cameron had dropped the backflips and spent more energy on his singing performance that he might have won? Are you looking forward to seeing more of him in the future? Sound off in the comments below.