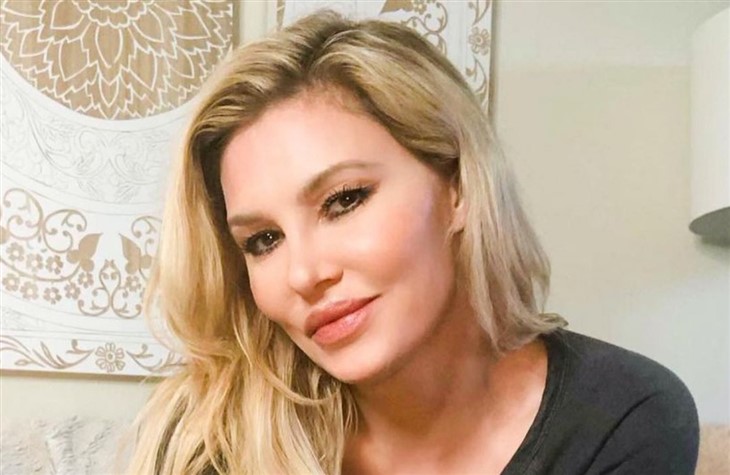 Real Housewives Of Beverly Hills (RHOBH) fans might not like Brandi Glanville’s personality, but they seem to agree that she’s very attractive. Or at least she used to be, they think, Back in 2015, she admitted to surgery and Botox, but nowadays, Bravo fans think it’s just too much. It might be all the rage in Hollywood, but it doesn’t always make people look better.

About six years ago, fans learned that Brandi Glanville wouldn’t return for the next season of the Bravo show. Rumors arose that the reason was that she didn’t get along with the rest of the cast. However, many fans had complained that they found her “boring.” Naturally, she wasn’t happy, but nowadays, she moved on to things like Celebrity Big Brother.

Shortly before the news came about her departure, the RHOBH star admitted to getting plastic surgery and Botox treatments. Back then, it seemed to be the start of a trend that still continues in 2022. Well, way back then, fans decided that her Botoxed face made her look puffy and that the overall look seemed unflattering. Not that opinions of fans ever stopped her. This week, she had Bravo fans begging her to stop.

Brandi Glanville took to her Instagram this week and said, “New episode of  #Unfiltered with @realamberlportwood1_ is up now on my Patreon!” Then she explained, “Amber and I worked on a #FamilyBootcamp show a few years back where let’s just say things didn’t end so well for us 🥴.” Anyway, she posted a bit of the podcast and people stopped listening. Instead, they talked about Botox.

RHOBH fans either slammed Brandi or expressed their concern. One of them asked in the comments, “Why mess with your face Brandy?”

Similarly, this comment arrived: “Brandi, love you, but please stop with the fillers.”

Brandi does have a lot of fans who slammed those folks who commented on the Botox. However, despite pleas by them to get a moderator to remove the bad comments, they remain there.

RHOBH star Brandi Glanville might not have been the most popular cast member on the Bravo show. However, she still retains followers who care. So, one of them slammed the critics. They wrote, “Ugh listen, we all know Brandi has discussed her plastic surgery by now. She doesn’t need everyone constantly dragging her bc of it. It really sucks to be a girl sometime. We can’t get a break bc others love to judge us 😢.”

Be sure to catch up on everything happening with The Real Housewives Of Beverly Hills right now. Come back here often for more RHOBH spoilers, news, and updates.