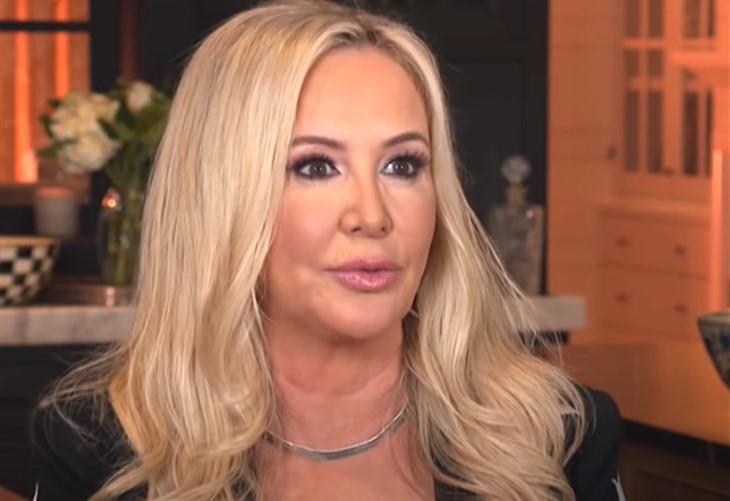 Real Housewives of Orange County (RHOC) star Shannon Beador might not be popular for her decisions and attitude on the Bravo show. However, she loves pets and everyone can admire that. Well, she posted some disturbing photos and gave her fans a big trigger warning. If you worry about Shannon, it’s not about her, but about her dog, Archie.

Bravo fans know that what they see go down on their screens, might not always be “real life.” However, that doesn’t stop them from slamming people who irritate them. The real Housewives of Orange County has been around for a long time. And, so has Shannon.  The Bravo franchise has always been about lots of drama and quite often, Shannon is front and center.

RHOC fans saw that this year, Shannon Beador teamed up with Noella Bergener. While some fans liked her for facing down returnee Heather Dubrow, many of them have problems with her. But for now, that drama is confined to filming for a reality TV show. In real life, other things occupy the mind of Noella’s friend. She told her fans, “We are beside ourselves in the Beador home. 💔.”

Shannon Beador posted up some photos on Instagram that fans might find very disturbing. This is your final trigger warning! In her post, her poor doggie Archie looked unhappy and unwell. Her caption read, “Archie has not been doing well for the last few months. I want to warn you that some of the following slides are difficult to see. We are taking Archie to our vet and a specialist to get him better, but it is difficult.” Then she explained the problem saying, “We are told his immune system is shot.”

The RHOC star sounded desperately worried about her pooch. She added, “He has been on multiple antibiotics for various skin infections for the last 3 months and has been taking Apoquel.” Unfortunately, so far the treatment brought little success. So, the Bravo star said, “we are combining western and holistic medicine in hopes that something will work.”

The Masked Singer Fans React To ‘Bad To The Bone’ Rudy https://t.co/9Cu5LvSf0F pic.twitter.com/iJfCBuVdan

RHOC star Shannon Beador asked her fans to pray for her doggie, because, “Today, he scratched his front leg raw with a cone on his head and a sock on his back foot; it happened in just minutes. He is so sad. 😢”

Of course, critics and fans alike said that they would pray and send positive vibes. These days, with covid around, everyone can relate to ill-health and desperate worry about those they love.