The Young And The Restless Spoilers: Rey Dies So Sharon And Nick Can Remarry? 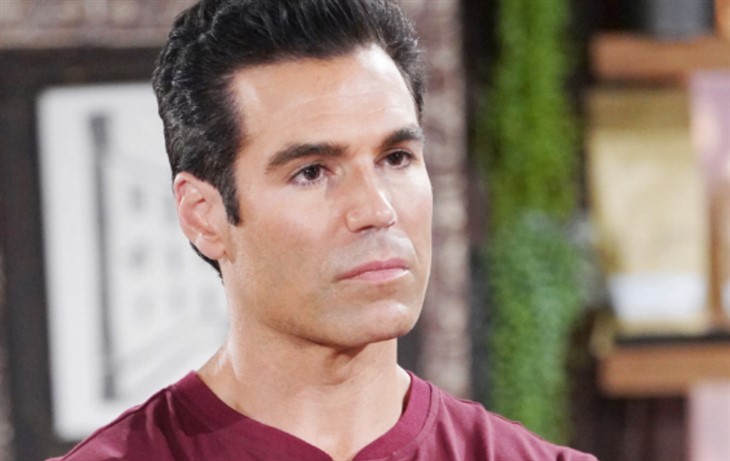 The Young and the Restless spoilers document that Rey Rosales (Jordi Vilasuso) is dead. The sudden, blunt end of this character creates possibilities on Y&R.

Was Vilasuso’s exit story line written so that Sharon Case (the widow, Sharon Rosales) and Joshua Morrow (Nick Newman) are finally going to be written back together through to marriage?

Fans of the one-time super couple known as Shick were twice teased with the remarriage of their favorite pairing. Sharon and Nick did not retie the soapy knot, as viewers recall.

But the death of Rey, Nick’s single status, and the number of scenes that Case and Morrow have worked the last six months-plus give fans plenty to ponder this spring on Y&R.

Kudos to Vilasuso for making the most of the new character he was hired to play in 2018. Rey proved to be a good guy. He had potential to be a lasting presence on the show.

The TPTB basically replaced the Paul Williams (Doug Davidson) character, who has been part of the Genoa City, Wisconsin scene since 1978, with Rey. The police station setting was deemphasized and then phased out, which remains odd as all the good people who put their lives at risk to uphold and enforce passed laws are infinitely meaningful on both sides of the screen.

The apparent phasing out of the Rosales’ family also does not feel right. Why introduce that group of likable and interesting characters and then send them away one by one, regardless of whatever other characters may replace them someday?

It also felt that Sharon and Rey did not have enough meaty dramas to face within the past year. Sharon’s cancer scare should have set the standard for what this couple could be. That story line resonated.

It is always fair to wonder if TPTB believed this pairing’s chemistry was not strong enough for the couple to endure. So, they could have split them, with Rey and Chelsea Lawson (Melissa Claire Egan) becoming involved.

Sharon has endured so much pain, specifically through Cassie Newman’s (Camryn Grimes) death. So, the choice to have Rey die in a car accident needs to be purposeful to make this shift acceptable.

The Young And The Restless Spoilers – Nick Newman And Sharon Newman Again?

It is hard to know why past regimes did not want Sharon and Nick to remarry. They divorced in 2006.

Sharon is unexpected single again. Nick, who is also single, broke the news to her about Rey.

Vilasuso’s exit is a loss. But this write-out will make sense if Rey’s death was written so Sharon and Nick reconcile and remarry in the near future. If is the key word in the last sentence about what has become a realistic possibility on Y&R.