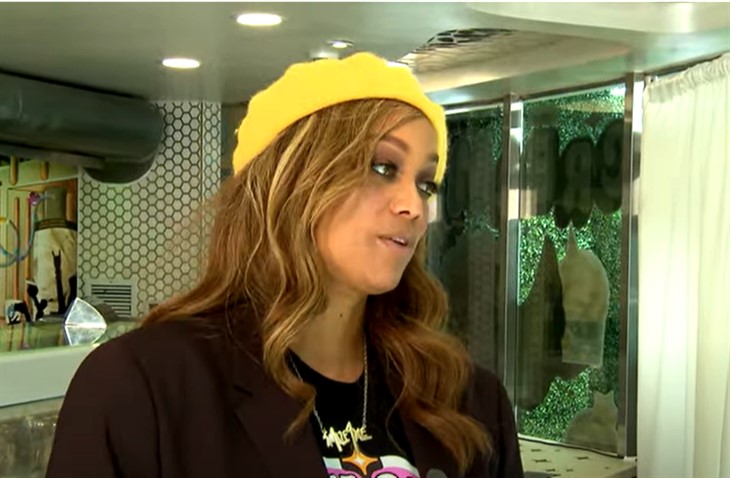 Supermodel Tyra Banks recently has faced slams as the “Dancing With The Stars” (DWTS) host. But in the wake of DWTS disses, Tyra now must deal with shade from former “America’s Next Top Model” (ANTM) stars. And what those ANTM participants revealed seems to confirm previous rumors about the competition to become a top model.

Find out what “America’s Next Top Model” stars allege about Banks. And see why some believe that the environment caused them to suffer unnecessarily. Take a deep dive into ANTM below!

“America’s Next Top Model” participants have offered very different versions of their time on the show created, produced, and hosted by Tyra Banks. For instance, some credit ANTM for transforming them into supermodels. But others paint a very different picture of their experience, per Yahoo News.

Some contestants accused “America’s Next Top Model” creator Tyra Banks of putting cameras everywhere. For example, contestant AJ Stewart alleged that producers removed the bathroom doors before filming. And she joined other would-be supermodels in feeling that their emotional and at times physical health suffered as a result.

“I don’t want to say it caused my anxiety disorder, because I have no proof of that,” admitted Stewart. “But I can tell you that the show was the first time in my life … when I started having panic attacks regularly. It was not good for my mental health, and I saw it affect other girls in similar ways.”

Several participants on “America’s Top Model” described feeling isolated throughout their time on the show. For instance, Sarah Hartshorne described how she joined her co-stars in feeling terrified by the sound of explosions. Fearful of the possibilities, they looked at the window and discovered fireworks. They had gotten so removed from the world outside their home that they didn’t even know it was Fourth of July!

Other contestants described camera operators running around to catch every drama. And even the bathroom didn’t offer an escape. If more than one would-be model entered the bathroom, the camera crew could join them!

Even when the camera operators slept, the “America’s Top Model” contestants suffered. Because producers forced participants to stay silent when the cameras halted filming, the cast could not find a safe way to share their feelings. As a result, one insider alleged the show caused contestants to experience a “harmful environment for the sake of TV.”

And the source also accused Tyra Banks of harming women rather than helping them. “You’re not looking at lifting women up,” declared the insider. As a result, the source also claimed Banks failed to give would-be models “a real opportunity. You’re looking at trying to pit them against each other in a barrel full of crabs that are all trying to claw their way out.”

Tell us what you think. Do you believe the allegations that Tyra Banks created a harmful environment on “America’s Next Top Model”? And after you share your views, check back on our site for more celebrity and reality TV news.