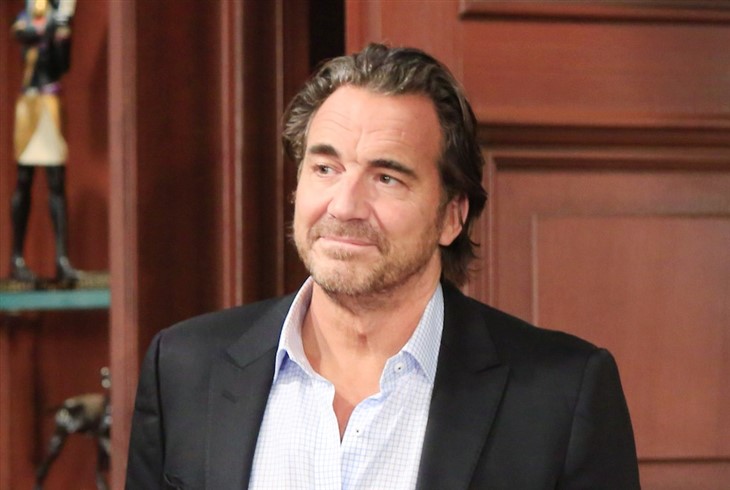 Brooke applied pressure to Taylor Hayes (Krista Allen) after learning that Steffy suffered what was described as selective memory loss. That defensive posture resulted after Steffy saw John Finn Finnegan (Tanner Novlan) take the bullet Sheila Carter (Kimberlin Brown) intended for Wood’s character and then felt the second bullet from the villain’s gun enter her body before blacking out.

Ridge wants the focus to remain on Steffy rather than Brooke’s latest insecurity.

The Bold And The Beautiful Spoilers – Hope Spencer Follows Mother

Hope Spencer (Annika Noelle) was not pleased when learning that Steffy thought she was still married to Liam. Hope’s insecurities blocked her mind from realizing that Steffy’s situation was purely the result of all that happened instead of a likely long-term worry.

Brooke has a pattern of stirring trouble in this area of Los Angeles, California. She arguably makes almost everything about herself and her family, rather than holding her tongue or offering a balanced view of whatever drama is raging.

Taylor has set herself up as Ridge’s rebound. That is a fair way to describe what his return to Taylor appears to be.

Ridge’s repeated admissions to Brooke have her as his soul mate. Taylor is a woman he has loved and can love again. But she is not Brooke in his mind or heart.

However, Ridge is tired of Brooke’s seeming self-destructive pattern of behavior. So, for the moment and until Sheila’s role in causing Brooke to drink alcohol on New Year’s Eve, Ridge will see Taylor as his return destination.

The Bold And The Beautiful Spoilers – Brooke Logan Forrester Moves On?

Brooke can be the woman Ridge returns to or, if they have not divorced, eventually rebuilds his marriage with. But she needs to remain uninvolved with another man for that potential to persist.

Ridge would not like it if Brooke coupled with Bill Spencer (Don Diamont) or his father if Eric Forrester (John McCook) becomes disillusioned with Quinn Fuller (Rena Sofer) again.

Taylor is a rival that Brooke fears. Allen‘s character has had more children with Ridge than she has, and Taylor is sweet, which often contrasts with Brooke’s sour, sporadic demeanor.