RHONJ: Is Teresa Giudice Really In Love With Luis Ruelas? 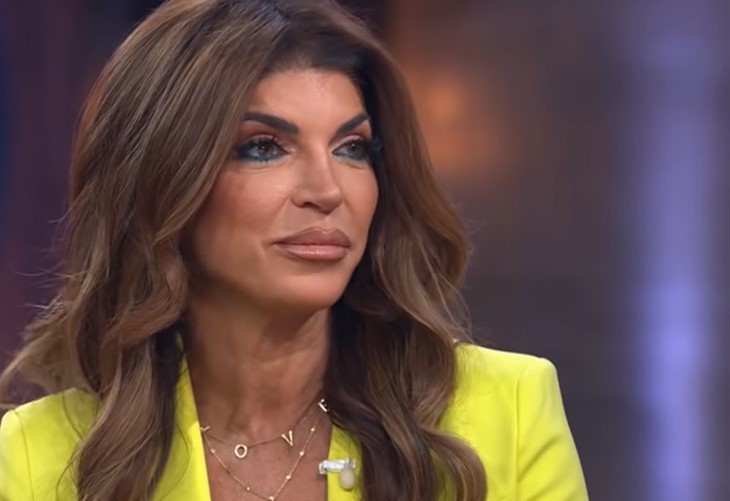 Real Housewives Of New Jersey (RHONJ) spoilers and updates revealed that Teresa Giudice is way protective of her lover, Lius Ruelas. In fact, scenes involving glassware being thrown around came after Margaret Josephs suggested it’s all a lie. Well, some fans think that Teresa tries hard to convince herself that she is in love with him.

Joe was dumped after he ended up deported to Italy. There was no way on earth that Teresa would ever consider living in Italy. So, heave-ho, out the door he went. Actually, he seems quite laid back about it, but clearly, he must have been hurting. After all, they had issues, but they went through a lot together. Including seeing the inside of jail cells.

Dancing With The Stars To FIRE Tyra Banks As DWTS Host?!

RHONJ fans saw that Teresa quickly set out in search if a replacement for Joe and red flags came a-flying when they saw that she dated Luis. Some cast members also saw some red flags and she freaked out worse than doing her infamous table flip. She felt that Margaret spread rumors about them, so she threw a glass and some dishes at her in Nashville. However, fans noticed that she never went to bat for Joe like that.

On the weekend, Teresa posted up a photo of herself with Luis. In her caption, barely keeping things above the belt, she said, “You are my paradise and I would happily get stranded on you for a lifetime ❤️.” The post arrived in celebration of his birthday.

Many RHONJ fans like to see that Teresa Giudice seems very happy with her new man. So, one fan wrote, “TERESA😭 I love you and love seeing you happy😭😭.” Another one said, “So happy you found happiness ❤️,” and similar comments also arrived. But some fans seemed very skeptical.

Real Housewives Of New Jersey  – Convincing Herself That She Loves Him?

RHONJ fans who don’t think Luis is really the man for her think that Teresa tries way too hard to convince people that she loves Luis. One of them said, “you are so boring with the same story love, love, love. My love bubble. Who are you trying to convince, you or us?”

In the comments, the people agreed with the critic. This comment arrived: “[She’s trying to convince] Herself for sure.” Actually, it’s an interesting viewpoint as the follower also pointed out, “That’s why she goes absolutely ballistic every time someone asks simple questions about her new man. A man she hardly knows, but who is being sued for 113k for refusing to pay a vendor [and more].”

Summing it up, the critic also said, “The old saying love is blind comes to mind. She never even …defended her own husband this way.”