The Young And The Restless Spoilers: Victoria Does Not Want Help – Billy Takes Victory Lap? 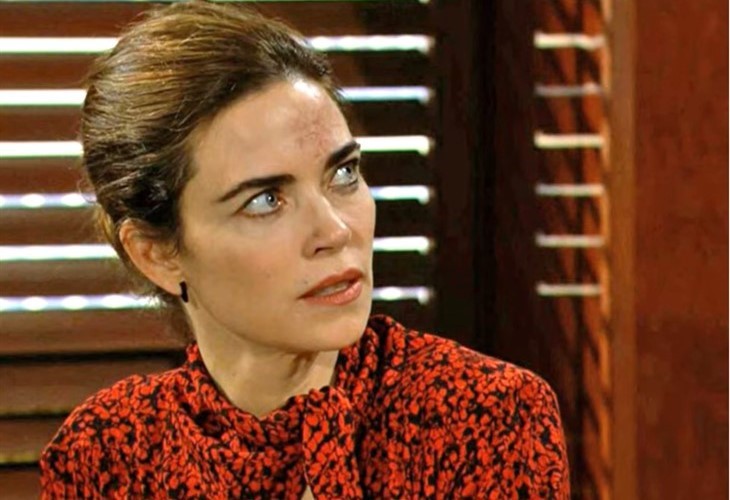 The Young and the Restless spoilers document that Victoria Newman (Amelia Heinle) was duped by Ashland Locke (Robert Newman). Then the plan she developed to bait him into revealing his merger scheme failed.

Adam Newman’s (Mark Grossman) impulse move resulted in Ashland taking the half-billion dollar deal he offered, and Victor Newman (Eric Braeden) grudgingly supported. So, Victoria was suffered an additional defeat because her detested brother’s idea proved to be a winner.

Billy Abbott (Jason Thompson) took a far more compassionate approach to Victoria’s dilemma than Adam. Victoria appreciated Billy’s approach. It likely means that he will not be taking a victory lap.

The Young And The Restless Spoilers – Ashland Locke’s Test Run

Victoria needs more time to process all that happened since Ashland Locke (as then played by Richard Burgi) first caught her eye. Viewers know that he was taken with her while still married to Tara Locke (Elizabeth Leiner). But Victoria was drawn to Ashland’s uniqueness and, at the time, dissimilarity to Billy.

Heinle’s character knew that Ashland was attracted to her. She allowed that flirtation, hoping that it would help the bidding process for Cyaxares.

Ashland’s bidding game, which included a coin flip, resulted in Victor buying the company to create Newman Media for Adam to run. Victoria did not like it but maintained her tie to Ashland.

Ashland admitted to lying about cancer. That happened because Victoria pretended to agree to his plan.

It seemed as though Ashland was going to get what he wanted. Admit the truth to Victoria, take Victor’s money, and start their new life together while building a new company somewhere else in the world.

But Victoria revealed her ruse to Ashland after he ended his contract with Newman-Locke and agreed to annul his marriage. She wanted him to experience betrayal as she had, which is the type of response Victor would provide to one of his many enemies.

Billy knows that Victoria’s head is still clearing. He sees that she is vulnerable because Ashland remarkably gained more oxygen in saving Victoria’s life after the car crash.

Just as Victoria did not want Victor or Adam’s help in ousting Ashland from the company and her life, she will not be open to Billy inserting himself into the ongoing drama.

But Billy can not stand by and allow Ashland to worm his way back into Victoria’s heart. However, Thompson’s character might fear that Ashland never left it.