The Young And The Restless (Y&R) Spoilers: Sharon’s Painful Decision 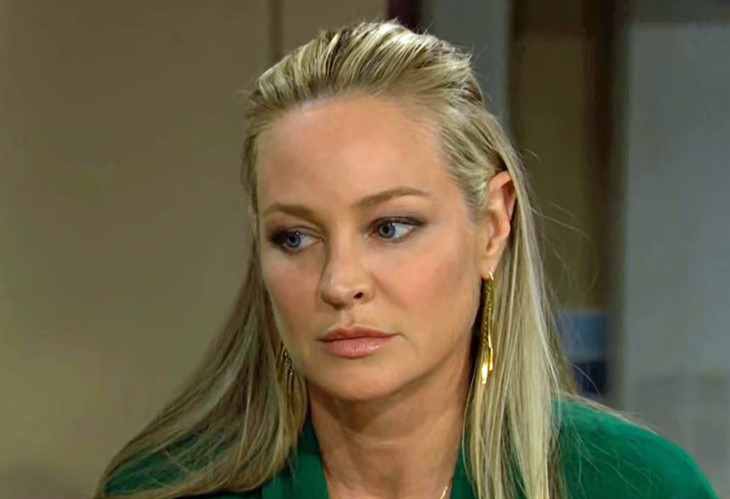 The Young and The Restless spoilers and updates tease that someone will have to make a very painful decision in an upcoming episode of Y & R!

The Young And The Restless Spoilers – Sharon Rosales Is Devastated

Sharon Rosales (Sharon Case) is devastated to find she is a much too young widow following the tragic death of Rey Rosales (Jordi Vilasuso). Nick Newman (Joshua Morrow) broke the horrifying news to her as she was cleaning up Crimson Lights for the evening – but she knew; she just knew. She’d had that same feeling the night their daughter Cassie Newman (Camryn Grimes) succumbed to her injuries from an automobile accident as a young teen.

Rey had been planning a trip to Chicago for a hockey game, accompanying Connor Newman (Judah Mackey) and his mother, Chelsea Lawson (Melissa Claire Egan). He forgot the tickets in his other jacket and had gone back to the house to retrieve them.

It was only a short trip from Crimson Lights to his and Sharon’s house and back and she knew something was wrong! At the same time Rey was on the road so were Nick’s sister, Victoria Newman (Amelia Heinle), and Ashland Locke (Robert Newman). Victoria was talking to their mother Nikki Newman (Melody Thomas Scott) when she crashed, and when Nick went to look for her he found out about Rey. Chance Chancellor (Conner Floyd) had also been at Crimson Lights and went to respond to the call, and he and Nick decided Nick should tell Sharon. Rey was in the wrong place at the wrong time and swerved and flipped over into a ditch.

Next is the difficult task of notifying Rey’s family in Miami; Rey was the only one of the Rosales family still left in Genoa City. Lola Rosales (Sasha Calle) had moved back after her messy divorce from Kyle Abbott (Michael Mealor) and Arturo and Mia Rosales (Jason Canela, Noemi Gonzalez) had moved earlier. Sharon will receive instructions from his mother Celeste Rosales (Eva LaRue) that will give her pause and will be quite painful for her to deal with.

Celeste wants Sharon to ship Rey’s body to Florida for the family to handle the funeral and burial arrangements, and that blindsides her! Sharon had thought that she would be, and should be, making those types of decisions!

The Young and the Restless Spoilers: Kyle Finds Out That His Mother Is Alive #yr #youngandrestless

Sharon tells Celeste she needs some time on this in order to consider what Rey would have wanted; it is so unexpected. It is a shock, considering not all that long ago Sharon was planning her own end-of-life decisions with Rey. But Sharon beat the breast cancer, and it is a horrible irony now that she must guess what he would want; they never discussed it. Sharon considers how Rey missed his family in Miami and had talked about going there to visit on vacation; with difficulty, she calls Celeste. She tells her she will abide by the family’s wishes and send Rey home.