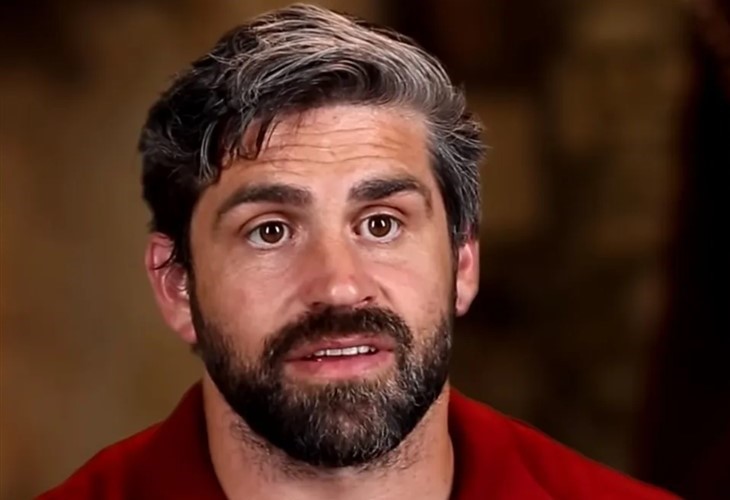 90 Day Fiance star Jon Walters wasn’t initially popular with TLC fans as he seemed very blunt. However, he and Rachel Bear married. Desperately in love with each other, for years now, fans saw the painful divide between them. Sadly, they can’t live in the same country.

Rachel has a child from another relationship, and custody issues prevent her from taking the kid to the UK. Meanwhile, Jon has a criminal conviction from his college days. Now, he talked about the agony of waiting on a decison about his visa.

90 Day Fiancé Spoilers – Why Jon Walters Is Considered A Criminal

In 2018, TLC fans reacted very badly to the news that Jon had a criminal conviction. In fact, they got so carried away with it, that they said they suspected he might be a danger to Rachel and her other daughter, Lucy.

Well, Rachel knew about his conviction and she always told him she would never stand for aggressive behavior. So, far, he seems to have behaved himself. Mind you, he did rant at Jesse Meester when he dated Darcey, but only verbally.

The 90 Day Fiance star got into trouble years and years ago when he was at university, Getting into it after a bunch of guys went drinking, ended up in a punch up. He felt angry because some of them disrespected women. Anyway, one of them received an eye injury. Not jailed, he nevertheless got kicked out of school and now he cannot immigrate to the USA.

Jon Walters and Rachel see each other about once or twice a year. However, during the coronavirus pandemic, two long years passed by. They tried various avenues to get him a visa and it cost them all their savings. Well, they still don’t have an answer. However, it looks like they will soon find out if the USA will waiver his criminal past.

90 Day Fiance fans saw that Jon sounds desperately torn whilst they wait. He said in his card that he just wants “to be with [his] family or put out of [his] mystery.” Then he said that he feels “agony” while he waits. For so many years now, fans saw the pain of meeting and separating, and many people root for them now. Soon, they should have a “final” answer.”

These days, you have to look hard to find people who hate the 90 Day Fiance star. One fan said to Jon Walters, “Praying and sending positive vibes in to the universe for all of you to be together sooner than later!❤️🙏🥰”

Another fan wrote, “Praying you get your approval. You deserve to be with your family here.”

This comment also arrived: “If any couple from 90 days deserve to have their happily ever after it is you two.”