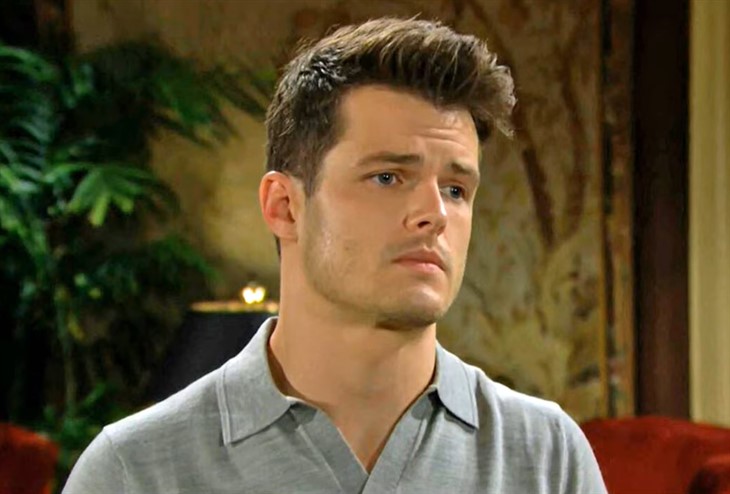 The Young and the Restless spoilers document that Kyle Abbott (Michael Mealor) will get the second shock of his life. The first happened years ago when he was a child. Learning that his mother was killed by Nikki Newman (Melody Thomas Scott) was terrible, and it was not lessened by the fact that she acted in self-defense.

Diane Jenkins (as last played by Maura West in 2010) was not in her right state of mind. That is saying something, as devoted fans know Diane often used creative morality.

Jack Abbott’s (Peter Bergman) tell to his son will deliver the second promised shock. Diane (as again played by Susan Walters, who embodied Diane from 2001 into 2010) is alive, which opens a soapy can of worms.

The Young And The Restless Spoilers – Kyle Abbott Confused, Angry, But Grateful

Kyle believed since he was a boy that his mother was wrongfully taken from him. He came to understand that she had mental health issues that led to her being killed but that did not make her loss easier to accept.

Diane has been preparing to explain herself to Kyle for a long time. The plan she set in motion in Los Angeles, California, is about to be realized and needs to be handled with complete humility and openness to Kyle’s feelings.

Eventually, Kyle will be grateful that his mom is still in the world. But time will be needed to deal with the intensity of feelings her reveal will create.

There is no argument about Diane being misguided when she decided to fake her death. It was wrong, and no words can correct what happened.

Moving forward will be hard. But Kyle’s newer role as a parent should help him accept Diane.

Harrison Locke Abbott (Kellen Enriquez) is the light of Kyle’s life. Mealor’s character needs to introduce him to his grandmother and then prepare Summer Newman Abbott (Allison Lanier) for her reintroduction to Diane.

The Young And The Restless Spoilers – Chelsea Lawson Grieves Loss

Chelsea Lawson (Melissa Claire Egan) needed to have a heart-to-heart with Sharon Rosales (Sharon Case). That happened at the right time, as neither woman knew Rey Rosales (Jordi Vilasuso) would be lost in a terrible car accident.

The Young and the Restless POLL: Will Adam Dump Sally For Chelsea Newman? #YR #youngandrestlesshttps://t.co/aSGcrVa2Q6

What appeared to be a developing romantic connection between Rey and Chelsea turned out to be a resolution of the drama Egan’s character caused last year. Chelsea gained Rey’s full forgiveness, which she can treasure forever due to his loss.

So, Chelsea is on a new romantic path. What that is should soon be known on Y&R.

The Young And The Restless Spoilers: Couples Temptation, Skyle Wedding And Snick…

The Young And The Restless Spoilers: Adam Shaken By Sally – Nick Provokes Next Newman…