The Bold And The Beautiful Spoilers: Jacqueline MacInnes Wood Kills It – Steffy Lives On 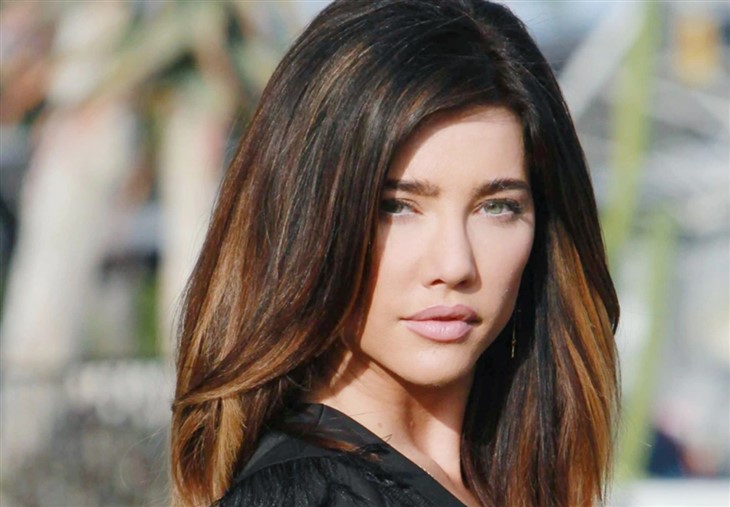 The Bold and the Beautiful spoilers document that Jacqueline MacInnes Wood (Steffy Forrester Finnegan) is once again killing it on B&B. All invested daytime fans know that this actor should be part of the Daytime Emmy Award-nominated group of outstanding lead actresses.

Steffy witnessed Sheila Carter (Kimberlin Brown) shoot John Finn Finnegan (Tanner Novlan) dead. The brave doctor, whose love story with Steffy became an instant classic, was defending his wife while his birth mother was brandishing a gun that was fronted by a silencer.

The two shots that were heard around the soap world ended Finn’s life and temporarily damaged Steffy’s mind. Of course, the second shot was coldly pumped into Wood’s character by the arguably most heinous villain in this show’s history.

The Bold And The Beautiful Spoilers: Steffy Deals With Finn’s Death – Sheila Takes Another Shot

The Bold And The Beautiful Spoilers – Kudos To Jacqueline MacInnes Wood

As readers of this comprehensive soap site know, Wood announced the expected birth of her third child months ago. So, along with the normal rigors of recording scenes, the actor has been working into the later stages of her pregnancy, even with various visual accommodations made so that fans do not see a full-body shot.

Viewers have seen how TPTB handled Wood’s last two pregnancies, with various pieces of cloaked clothing being worn. Steffy was also seen using an oversized purse or strategically standing behind various items on the set.

Recent week’s episodes have seen Wood deliver yet another series of performances that were killer. In particular, the work that she, Novlan, and Brown did in the ally was outstanding.

Fans can count. They know Wood said she was due in the spring, with Steffy being seen in the hospital in scenes that were likely shot toward the end of March.

Hospital bed shots allowed Wood to be positioned in certain ways and covered by bedsheets. This extended the period where her pregnancy could be covered.

It is assumed that advanced scenes were shot into April that can allow Steffy to appear in the show sporadically. Wood is expected to deliver her and her husband’s baby shortly. Maternity leave would follow, with Wood’s approximate return to the cast being this summer or possibly, in the early fall.

The Bold And The Beautiful Spoilers – Sheila Carter Is Caught

How will Sheila be dealt with? Steffy’s memory will not remain selectively blocked forever.

Steffy will eventually recall that Sheila shot her and killed Finn. That climax could be preempted by Sheila inadvertently revealing herself or someone, possibly Steffy, determining what Brown’s character did.

Part of the cat and mouse drama involves whether Sheila and Steffy will have another confrontation that goes along with Wood’s projected maternity leave.

Steffy must live. Will Sheila, when Finn’s widow realizes what happened?