The Young And The Restless Spoilers: Ashland Predicts His Fate? – Victoria Makes The Call 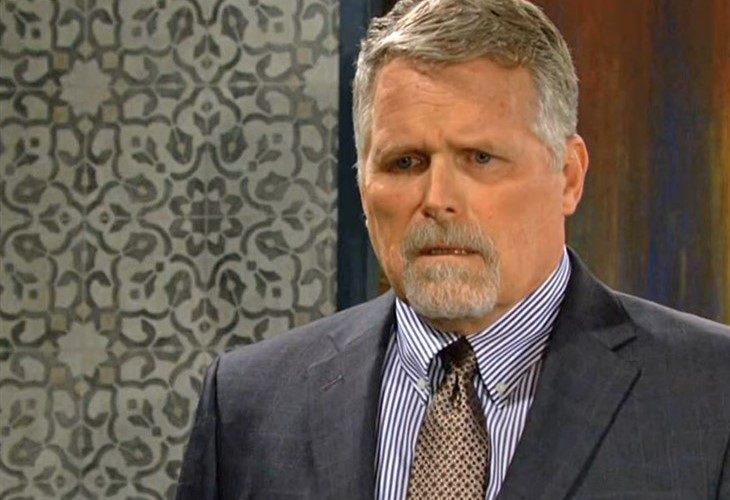 The Young and the Restless spoilers document that Ashland Locke (Robert Newman) spoke of his murder as the only way the Newman family can get rid of him. Did that dialogue represent a wink to the viewers regarding what TPTB will do next?

Killing off Ashland would be plausible based on his many known and unknown enemies. Any current character he has wronged could feel compelled to inflict vigilante justice. However, it would be problematic to have a main character face a murder charge on Y&R.

The Young And The Restless Spoilers – Richard Burgi and Robert Newman

Richard Burgi (the original Ashland) first embodied this role. His solid performances built this character to the handoff, when Newman became the recast.

It was an intriguing hire, as Newman will likely always be best known for his extended run on the beloved Guiding Light as Josh Lewis. A recast of this nature, where a high-profile daytime actor is hired, could imply that the character he agreed to play will have an indefinite run. But maybe not?

Newman has publicly stated that he moved to California to take the role. But was the veteran actor’s move intended to be part of a long-term decision, or did decision-makers tell him that Ashland would be killed off this spring or in the summer? It is also possible that the actor was not told or that TPTB did not and have not made that type of decision.

GL fans love seeing Newman again. Ashland is nothing like Josh, which certainly must have been an attractive aspect of the role for the accomplished television and stage actor.

Keeping Ashland alive and in Genoa City, Wisconsin, could allow his love story with Victoria Newman Locke (Amelia Heinle) to continue. Also, Ashland is one of the few people to ever out-think Victor Newman (Eric Braeden), which can allow him to remain an ideal foil.

Their marriage was annulled. So, Victoria may have already legally reverted her last name to Newman.

The Young And The Restless (YR) Spoilers: Elena And Imani Set Their Sights On Nate @soapoperaspy https://t.co/TCZR1jD8lY #YR #YoungAndTheRestless

She loves Ashland but is telling her loved ones that they are done. That is true for the moment. But Ashland persuaded Victoria once. So, he surely could do so again if given enough time.

Ashland is currently waiting to see if Victoria is open to giving him another chance. The choice hopefully becomes the focus of the scripts Newman works. Fans of great soap likely do not want to see Ashland killed off.