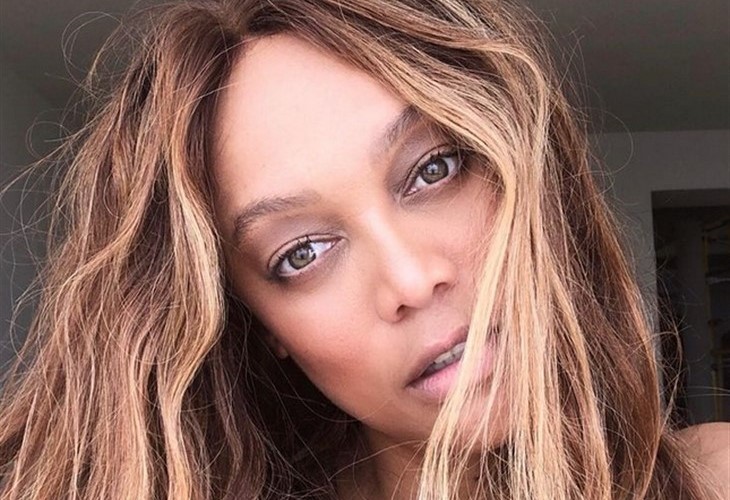 Dancing With The Stars (DWTS) rumors sprang up about host, Tyra Banks. They came when reports emerged that said that sources suggested she had been fired. In fact, no confirmation has been forthcoming at this time. In any event, she has something to celebrate right now. According to Deadline, she landed a new role in an upcoming movie.

The Sun reported that sources informed them that Tyra would no longer host DWTS. The story emerged soon after the news emerged that ABC will shift from ABC to Disney Plus. Subsequent reports in mainstream media suggest that nothing has been confirmed. A week ago, US Weekly carried a story that Artem Chigvintsev noted the cast doesn’t know anything, and decisions might only emerge in August.

Swirling rumors also arose after the Dancing With The Stars host was slammed by former cast members of America’s Next Top Model. Allegedly, one of them claimed that working with Tyra might have given them “panic attacks.” Others slam-dunked her for perceived unpleasant behavior. Actually, across social media, many fans of the ABC show wished to see the back of her. Many of them felt that she was to blame for a lot of criticism since Tom Bergeron left.

Dancing With The Stars – New Role For Tyra Banks

The news that Tyra Banks landed a new role in an upcoming move came in an exclusive release by Deadline this week. The outlet noted that she was offered a role in the remake of Don’t Tell Mom the Babysitter’s Dead. The production side starts this summer. Notably, the original “didn’t land as a major hit, either critically or commercially.” However, “it has fostered a cult following in the decades since.”

It’s unclear right now what role the Dancing With The Stars host will play in the movie. Originally released in 1991, the story focused on Sue Ellen “Swell” Crandell. Aged just 17, she had to babysit her siblings after the babysitter passed away. Apparently, behind the scenes, the babysitter was a hectic tyrant, and the kids feared they’d be blamed for the death.

Dancing With The Stars – A Compex Storyline

Dancing With The Stars fans will see Tyra Banks in a storyline that brought many twists and turns. Scenes included the kids stuffing the body in a truck with an anonymous note to the funeral home. Missing money played a big part in the story.

Cars were stolen, and complex issues arise with Swell’s relationships. Apparently, the new movie will reportedly not change much in the storyline, but it will be set in modern times.

Be sure to catch up on everything happening with Dancing With The Stars right now. Come back here often for more spoilers, news, and updates from the world of entertainment. .