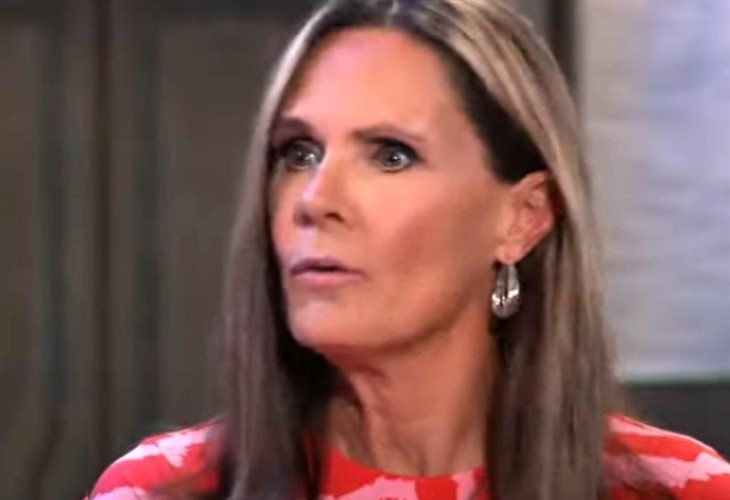 Previous GH episodes revealed that Valentin didn’t approve of his attorney Martin dating his employee Lucy – it was an ethical thing. Fraternization among employees, so to speak, even if Martin doesn’t work in the Deception offices; clients and customers could cast a disparaging glance! Valentin, as being financier of Deception Cosmetics, just doesn’t think it’s a good look publicly and the company just had their initial public offering launch!

Valentin has been out of the picture for a while but now that he’s back, he’s noticing that when the cat was away, the mice did play! Lucy and Martin tried to keep things on the down-low but there are a lot of people who are really good reading body language and looks, and they’ve been noticing!

GH Spoilers – They Are Two Consenting Adults, None Of Anyone’s Business!

Viewers can guess that Lucy will be the most vocal of the two with defending her and Martin’s rights to a relationship to Valentin! Valentin, number one, has nothing to do with Deception Cosmetics’ human resources; number two, there is no such rule in their company against employees dating, and Martin isn’t even an employee!

It’s a good thing that Brook Lynn Quartermaine (Amanda Setton) got her stock back – Valentin probably would have demanded Ned and Olivia Quartermaine (Wally Kurth, Lisa LoCicero) divorce! New kids on the corporate block shouldn’t have that much say so, and Lucy is on a tear about Valentin’s relationship restrictions! Of course, Valentin could call in a loan or pull his funding but does he really want to do that just when he could start to make some money?

General Hospital Spoilers – Martin Grey Has Something To Say

Martin also defends his and Lucy’s relationship when the two are called into “the principal’s office” to be addressed by Valentin for their relationship! Before Valentin left on more spy related issues and other duties, he’d threatened to fire Martin when he saw him and Lucy together! Again, Martin mentions the same thing as Lucy – there is nothing in the company charter or any of the paperwork pertaining to employee relationships and nothing pertaining to relationships, period.

Martin is not an employee of the company so what is Valentin even complaining about – and Lucy, just because she is an owner doesn’t make her Martin’s client. The company itself is the client, if anything, and there is nothing unethical or untoward about any of it-he’s not even formally the company attorney!

Martin and Lucy both remind Valentin he has no connection to the company other than financial and he doesn’t run the show of peoples’ personal lives! Whether they are dating or whether they are not dating or if they move in together or even marry isn’t his business—again Lucy says they are two consenting adults!

Lucy wants to know how exactly Valentin intends to enforce “unwritten rules” – they certainly can’t be taken to court and debated on, which Martin backs her up on! If Valentin wants to run Deception Cosmetics then he can say whether the attorney can date the owner or not!