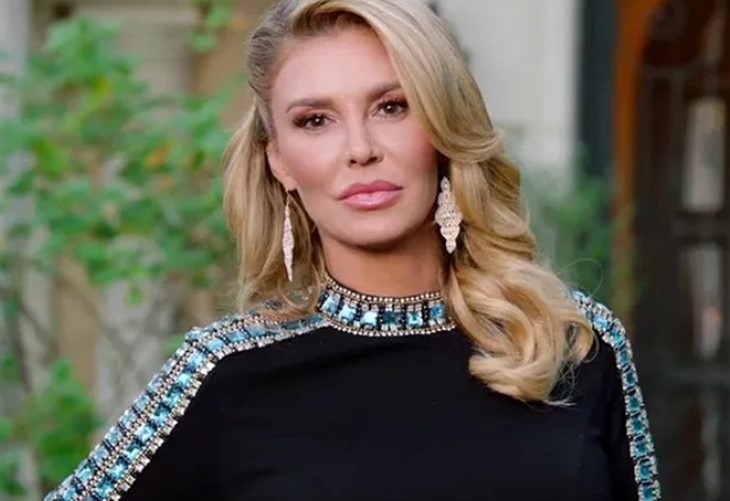 Real Housewives Of Beverly Hills (RHOBH) fans have long accused Brandi Glanville of using too much Botox and of getting too much plastic surgery. However, recent accusations seem to point to the fact that this time, she’s innocent. In fact, she completely denied that she went under any procedure at the time.

Way back in 2015, the now Bravo alum admitted quite openly that she underwent “tons” of plastic work. Well, that admission only came after years of denial. But since then, she never really tried to hide it. So, really why would she do so right now? After all, she seems to weather attacks by detractors quite well. And, there are many of them.

The most recent attack on the Real Housewives Of Beverly Hills alum came about a week ago. That came after she posted up a new episode of Unfiltered. Sharing the post on Instagram, she attracted a lot of comments about her face. Many critics slammed her for using Botox as they prefer a more natural look. Well, a week on, and the Bravo alum told off her Twitter followers.

On April 25, the reality TV star clearly had enough of folks dragging her. So, she took to Twitter and explained the reason why her face had looked swollen in the podcast. In her post, she wrote, “Ok I’m saying this once I had periodontal (gum) surgery on the right side of my mouth on my back right side because I had a cavity below the gum line.”

The Real Housewives Of Beverly Hills also noted, “It is infected and swollen I am on my second round of antibiotics.” Finally, she told her critics, “when I do get plastic surgery I will be the first to say.” Well, people who suffered from the same condition expressed their empathy. After all, it can be very painful.

Did She Have To Justify Herself?

Not all Real Housewives Of Beverly Hills critics really reversed their attitude. One of them said sarcastically, “Oh thank f’n god you cleared that up!

Another critic of the RHOBH alum said, “Very few care because you have been so mean and judgmental of so many others this is what happens. You get what you give.”

Actually, that statement seemed incorrect, as a lot of comments were caring and kind to Brandi Glanville.

Here are a few examples: “I’m sorry Brandi. Hope you feel better soon love ❤.” This comment also arrived: “You don’t have to explain anything to anyone.”

Be sure to catch up on everything happening with The Real Housewives Of Beverly Hills right now. Come back here often for more RHOBH spoilers, news, and updates.