How Can 90 Day Fiance Star Stephanie Possibly Be Shocked By Amber Heard? 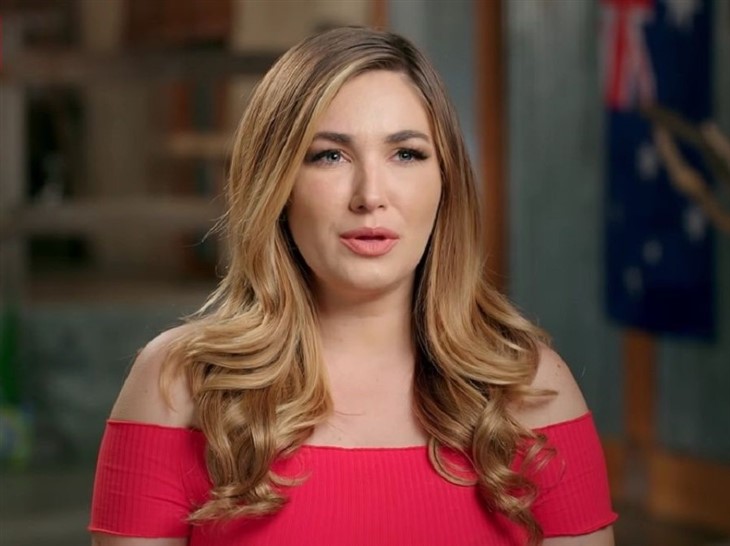 90 Day Fiance fans didn’t take to Stephanie Matto boasting about how much money she made selling her farts in a jar. Since then, she also started selling other things related to her bowel movements. So, when she suggested that she was “shocked” at Amber Heard allegedly revenge pooping in Jonny Depp’s bed, some fans questioned her sincerity.

When TLC fans heard that Stephanie Matto was selected for 90 Day The Single Life, some fans were annoyed. Actually, the former lover of Erika Owens generally got a poor reception. In fact, a lot of fans object to her low-key selling of sex to make money on OnlyFans. They know that she sold her farts in a jar. Plus, recently news came that she sells stinky fart sheets. So, her comments about Amber Heard smelled a bit off for some critics.

90 Day Fiance fans and the rest of the world knew that Amber Heard and Johnny Depp’s marriage had been on the rocks since forever. Now they heard that Johnny Depp was sent a photo of a turd in his bed. The news arrived in the current court case that takes place in Fairfax County, Va.

He claimed that Amber did it, but she apparently blamed the dogs. Anyway, as they are Teacup Poodles, he doubted that the size fitted. Stephanie Matto made a comment about it on her Instagram.

Taking to her Instagram On April 26, Stephanie Matto pretended to be Amber Heard parking a poop in the bed. She then said in her caption, “Who else is in absolute shock at this trial? How is this even… allowed to be televised and aired?”

While a lot of 90 Day Fiance fans laughed at the parody, others didn’t think it sounded right coming from Stephanie. One of them said, “I think you’re the last person who should be shocked😂 You know damn well you shock us in the same ways 😳,”

Meanwhile. another critic simply told her that she is ridiculous. Then, other people started making inappropriate suggestions on a non OnlyFans account.

90 Day Fiance: Jon Walters Talks About Being Put Out Of His Misery https://t.co/UZ29CriX8A pic.twitter.com/MZteeKKua0

The 90 Day Fiance star makes no apology for catering to kinky demands by people. In fact, when she first appeared on TLC, many fans felt a bit shocked as she was already an influencer who made lots of money. Nowadays, her money-making out of her bowel movements simply disgusts a lot of people.

Do you really believe that Stephanie Matto is shocked by the allegations that Amber Heard pooped on Johnny Depps’ bed? Sound off in the comments below.