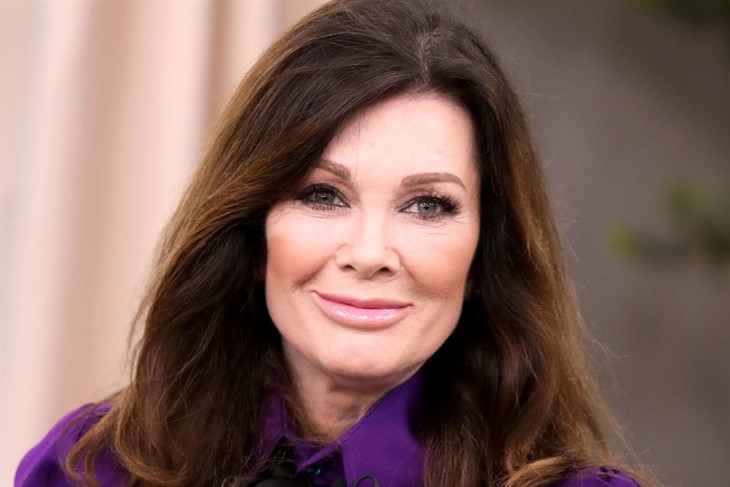 Lisa Vanderpump went through a bit of a torrid time this year. However, things turned around for her and she got herself up and off her bed. This week saw her celebrate yet another achievement, and she celebrated it with her grandson, Theodore Sabo.

Bravo fans heard that the Real Housewives of Beverly Hills alum fell off her horse whilst riding during the day. Unfortunately, she fell really hard and broke her leg. Additionally, she also suffered some serious bruising on her back. However, fans know that it takes a lot to keep the matriarch of Vanderpump Rules down.

Whilst she was recovering, Lisa Vanderpump also had her Paris-themed restaurant in mind. Although some people already visited it, The new Las Vegas project just officially opened. Lisa shared a lot of photos during the grand event and her daughter, Pandora Sabo went along. Actually, Pandora’s iconic cocktails are a big drawcard for fans. Now, fans heard that Theodore, her grandchild was also there.

Theodore arrived about five and a half months ago, and Lisa was thrilled. Actually, she couldn’t wait for her grandson to call her “Nanny Pinky.” After the great celebration of the restaurant launch, Lisa took to her Instagram account. She showed a photo of herself with Theodore whilst they sat in an airplane. Sweetly, Theodore wore the tiniest pair of ripped jeans.

Lisa Vanderpump wrote in her caption, “Couldn’t have opened @VanderpumpParis without a lot of help from my family…, especially this little helper! #teddypaws.” Aww! Well, many fans thought the photo was very cute. No wonder she added, “I Am besotted, obsessed, doting and totally in love with my teddy paws💗.”

Many fans of Lisa Vanderpump from Real Housewives Of Beverly Hills and Vanderpump Rules took to the comments section of the post. One of them wrote, “Best Grandmother. Great photo with your Grandson.”

Another fan echoed many others by writing, “Oh he’s sooooo gorgeous 🙌❤️.”

Similarly, other comments like this one arrived: “That’s a very cute baby! 🥰🥰🥰”

Meanwhile, plenty of people noticed that Pandora’s son is the spitting image of his dad, Jason Sabo.

So many fans gushed over little Theodore, that the post hit nearly 100K likes in just a few hours. Nearly 1,000 comments arrived and most of them were very kind. Only one fan trolled on Lisa for allowing a five-month-old to wear jeans. Mind you, but by now, we’re pretty certain that nasty comments hardly rock the world of the Bravo star.

Be sure to catch up on everything happening with the Bravo cast right now. Come back here often for more Lisa Vanderpump spoilers, news, and updates.