The Young And The Restless Spoilers: Ashland Stays In GC – Victoria Believes In Second Chances? 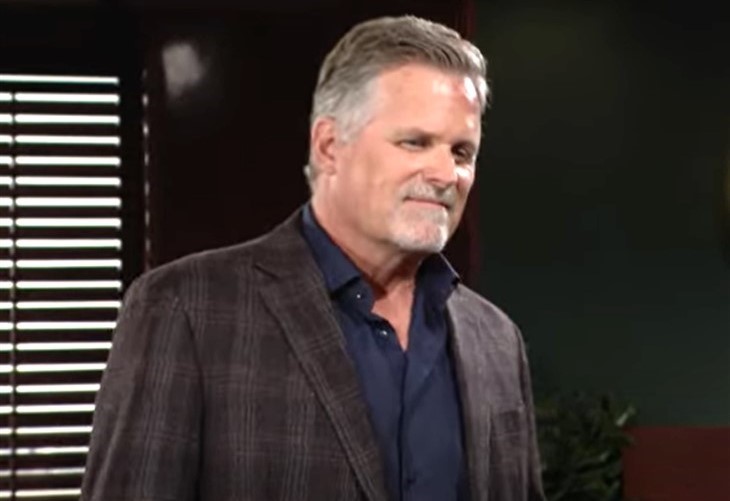 The Young and the Restless spoilers document that Ashland Locke (Robert Newman) believed that Victoria Newman Locke (Amelia Heinle) wanted to leave Genoa City, Wisconsin, with him and start a new life. He learned the hard way that was not happening.

Even though Victoria revealed that she was playing a game with Ashland to get him to break his contract with Newman-Locke and agree to an annulment, Newman’s character has not lost hope.

Victoria’s admission that she still loves Ashland allows him to rightly believe that this couple may not be done.

The Young And The Restless Spoilers: Ashland Predicts His Fate? – Victoria Makes The Call

The Young and the Restless Spoilers – No, Ashland Locke Will Not Leave Town

There was nothing in the digital agreement Ashland signed off on that required he leave GC. Sure, it was implied that he would take the half-billion dollars Victor Newman (Eric Braeden) supplied and slink off to wherever. But Ashland was not planning to do that unless Victoria went with him.

New York was the location where Ashland built his Lockeness Monster reputation. He was proud of it, believing that rogue tactics projected earned power and survival skills.

But this Wisconsin city has proven to be a place of transformation for Ashland. He has been changed by love.

Victor believes he was vindicated, claiming to have always been suspicious of Ashland. That does not fit with Victor previously saying that he liked the guy and that Ashland made Victoria happy. But the Moustache has long been about bravado.

Nikki Newman (Melody Thomas Scott) is protecting her daughter in wanting Ashland gone. Maternal instincts are in play, with Nikki’s beliefs about Victoria’s ongoing vulnerability being on the mark.

Victoria’s brothers, Adam Newman (Mark Grossman) and Nick Newman (Joshua Morrow), dislike Ashland for differing reasons. They are united in wanting Ashland away from the family.

Time might allow Victoria to get to the point where she does more than maintain a grudging connection with Ashland. She is grateful that he saved her life, but she is also relieved that he did not die.

Once Victoria learns that Rey Rosales (Jordi Vilasuso) died of a heart attack, she will be able to move past that tragedy. The twist of fate that took Rey’s life might create an opportunity for Victoria and Ashland to start over.

However, Ashland’s love for Victoria or time itself may not be enough on Y&R.