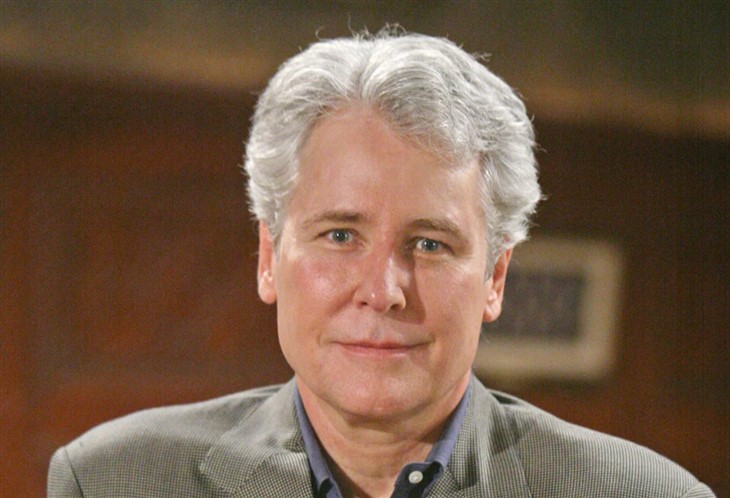 General Hospital spoilers, news, and updates tease that Michael E. Knight is reprising his role as Martin Grey on the daytime drama. The actor is expected to be back on screen next week.

Fans may recall that the last time he was in Port Charles, he was faced with a big decision. It’s either he keeps Valentine Cassadine (James Patrick Stuart) as his top client or pursues a relationship with Lucy Coe (Lynn Herring). He can’t have both so he needs to choose. Will he finally make a decision when he returns?

Spoilers also hint that Valentine may hire Martin to help Gladys Corbin (Bonnie Burroughs) with her legal troubles. Gladys is the type of person who would try to save Sasha but she also loves money, which means she loves the idea of getting what she’s owed when it comes to Deception.

She most likely has a reason why she’s with Sasha Gilmore Corbin (Sofia Mattsson) in the car. She may even take the fall for the driving accident and cover for Sasha.

Spoilers hint that Sasha will be pressured to come clean to Brando Corbin (Johnny Wactor). The latter wants to know what happened and why the photographer was pursuing Sasha.

Sasha will have to choose between lying or telling the truth. She may admit that she has turned to drugs to help her forget about losing Liam Corbin. The photographer caught her using drugs and snapped pictures of her while doing it. Sasha drives away with Gladys in the car and the memory card.

Meanwhile, Josslyn Jacks (Eden McCoy) may ask Carly Corinthos (Laura Wright) a lot of questions. Carly knows that Harmony jumped in front of the car that Sasha was driving. When that happens, Josslyn may also figure out that Harmony isn’t Willow Tait’s (Katelyn MacMullen) birth mother.

Carly has suspicions that Nina Reeves (Cynthia Watros) may be Willow’s real mother. But she’ll be careful not to let other people know what she thinks, at least for now.

But she’ll also be the bringer of bad news for Willow. The latter will blame herself for pushing Harmony Miller (Inga Cadranel) away. She’s feeling guilty for missing the time to be with Harmony and she’ll find it hard to forgive herself for that. But Michael Corinthos (Chad Duell) will be there to comfort her.