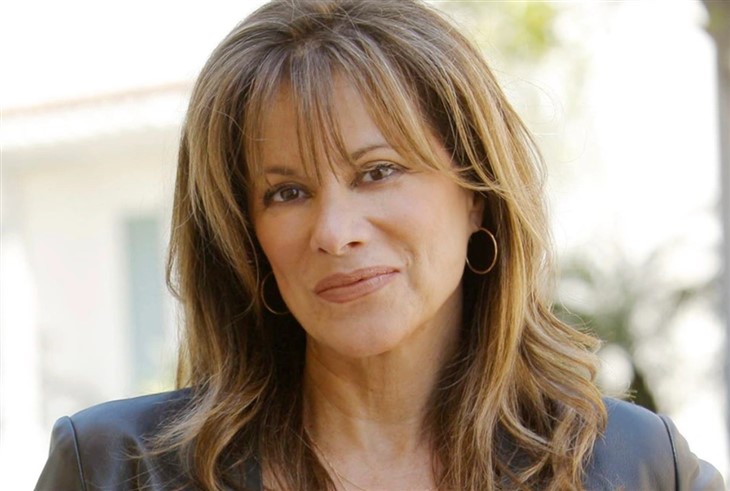 General Hospital spoilers,news, and updates tease that Nancy Lee Grahn is now back to work at the daytime drama. The actress updated her fans in a social media post on April 27.
In an Instagram video, the actress said that she’s back filming scenes on General Hospital and that day was her first day.

“Really fun. It was, I think, the longest I have been off of work since I’ve worked in daytime. Pretty crazy,” she added.

The actress didn’t reveal when fans can expect to see her back on screen. But viewers can rest easy knowing that they will get to see their favorite character soon.

The actress shared that she had a crush on Trapper John, MD. She was extremely happy because she filmed her scenes with him today. It seems like the actress is referring to Gregory Harrison, who’s playing the role of Gregory Chase in the daytime drama.

Grahn also expressed her gratitude to the actress who took over her role while she was away.
“Thank you to Stephanie Erb very much for filling in for me. It’s much appreciated. I didn’t get to meet you, but I hope I do one day soon,” she said.

As for Willow Tait (Katelyn MacMullen), she’ll blame herself for Harmony Miller’s (Inga Cadranel) accident. She’ll try to figure out what happened and she’s struggling to understand the role of Carly Corinthos (Laura Wright) and Alexis Davis (temporarily played by Stephanie Erb) in the incident.

She may finally admit that she’s back on drugs. She also wants to open up about the scandalous photos that were taken by the photographer. However, she could also delay the confession. It’s possible that Smoltz will interrupt their conversation and infuriate Brando.

Whatever the case, Brando will attack Smoltz. Fortunately, Dante Falconeri (Dominic Zamprogna) will be there to intervene. He’ll be there to prevent a physical or verbal attack between Brando and Smoltz.

Elsewhere, Willow Tait (Katelyn MacMullen) will wait for updates regarding Harmony Miller’s (Inga Cadranel) condition. She’ll blame herself for what happened but Michael Corinthos (Chad Duell) will be there to comfort her.