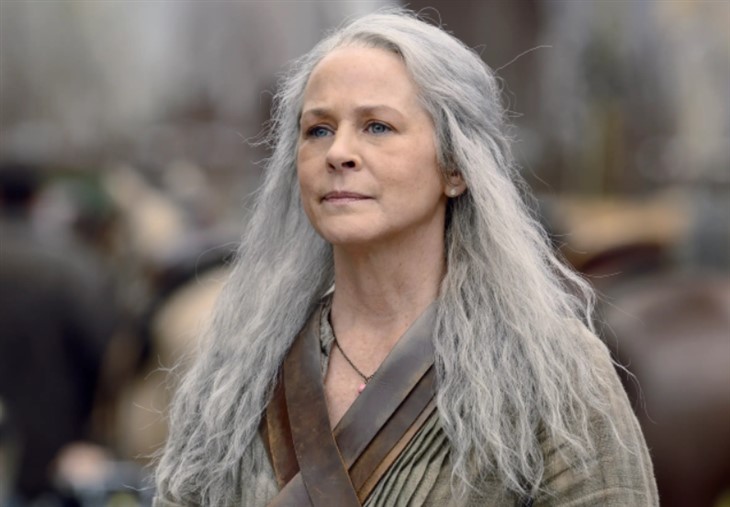 The Walking Dead spoilers, news, and updates tease that it has lost its Carol in the spin-off that would focus on Carol Peletier and Daryl Dixon. Unfortunately, Melissa McBride won’t be able to play the beloved character.

Walking Dead Spoilers – Why Did Melissa McBride Exit the Carol and Daryl Spinoff?

Melissa McBride won’t be able to relocate to Europe at this time, so the actress has to step away from the project that is going to start filming this summer.

The AMC network has confirmed that the actress can’t participate in The Walking Dead’s spinoff that is planned to premiere next year.

According to the network, “Relocating to Europe became logistically untenable for Melissa at this time. We know fans will be disappointed by this news, but, The Walking Dead Universe continues to grow and expand in interesting ways and we very much hope to see Carol again in the near future.”

Walking Dead  Spoilers – What Will Happen To The Carol Peletier And Daryl DixionSpinoff?

Even when it is a sad news the Melissa McBride could not join the project and play Carol, the TWD spinoff will continue production as planned. However, the story will now only focus on Daryl, played by Norman Reedus.

The rest of the details about what will happen to the new show remains unclear. However, AMC said in a statement, “We know fans will be disappointed by this news, but The Walking Dead Universe continues to grow and expand in interesting ways and we very much hope to see Carol again in the near future.”

The Daryl-Carol spinoff was first announced in September 2020 when AMC revealed that The Walking Dead series is coming to its end in Season 11. The network has been planning multiple TWD spin-offs.

Norman Reedus previously teased that their own spin-off will be a completely different type of show from its parent TWD series.

He also expressed his excitement to return, telling Digital Spy, “I love the way these characters interact and relate to each other on so many levels and can’t wait to see where their ride goes from here.”

Meanwhile, fans are upset with the news of Melissa McBride’s exit, saying that they should film in the US instead of Europe. Others wish the TWD have given more focus on Carol in Season 11, if this is going to be her goodbye.