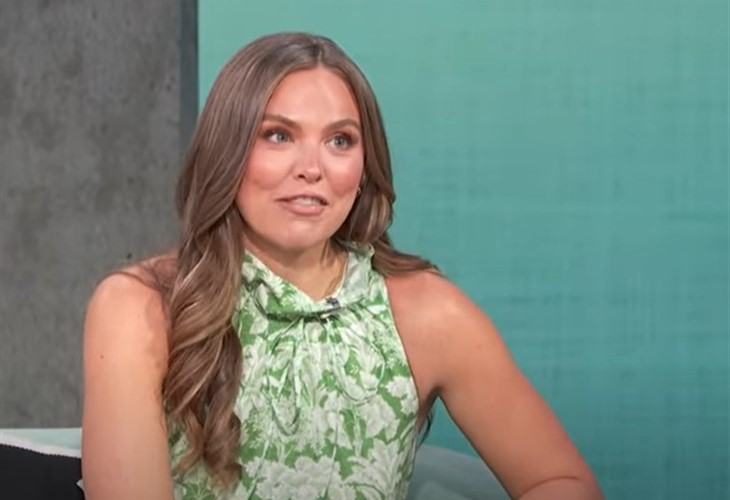 Bachelorette star Hannah Brown starred in Season 15 of the ABC show, and at 24, she was the youngest ever lead. Previously, fans met her on Colton Underwood’s season of The Bachelor. At the time, the franchise really pushed her background from Alabama and fans soon started calling her “Alabama Hannah.” Now she revisited the theme.

Bachelorette – Hannah Brown Came A Long Way Since Her Pageants

Raised in Tuscaloosa, Hannah did the Alabama pageantry rounds as a teen and landed the crown of Miss Tuscaloosa back in 2012. More pageants followed, but eventually, she started taking a serious look at her career and took time off to study communications. Well, her stints with ABC took her in a completely different direction,

Since then, Bachelorette fans saw her compete in Dancing With The Stars. Actually, she took the Mirror Ball trophy! When Matt James competed in the last season, she kindly took him through a few steps and gave him some pointers. Since then, she published her book, God Bless This Mess: Learning to Live and Love Through Life’s Best (and Worst) Moments. These days, she seriously dates  Adam Woolard. This weekend, she revised her Alamaba Hannah days.

Bachelorette – Has Changed Much Since Alabama Hannah?

Taking to her Instagram this weekend, Hannah posted up a lot of photos of herself right now. Actually, she looked cute and very Country, fans agreed. In her caption, she said, “Y’all remember Alabama Hannah? This is her now 🤠❤️👢.” Well, did she look much different back then? We screenshot two current photos and one from back in the day.

Bachelorette fans reacted to the post, and a lot of them thought that she looked very “cute.” Actually, she looks a bit more confident, but really, she’s early recognizable. Probably because she never went over the top on Botox and surgeries. Fresh and natural, fans love her.

Bachelorette fans took to the comments section of the post. One of them wrote, “WE STAN FOR ALABAMA HANNAH👏🏻👏🏻👏🏻.”

This comment also arrived, “BACK TO THE ROOTS BABY.”

Actually, she certainly looks very comfortable sporting her Alamaba Hannah persona. Revisiting her roots certainly seems to agree with her.

Even Country music stars noticed Hannah back in her season on Pilot Pete’s Bachelor. If you remember, Jake Owen took a swipe at her with the lyrics, “‘Alabama Hannah, what do you want? If it’s love that you need, well then honey, it’s gone, You had your chances, so won’t you leave me alone… Alabama Hannah, won’t you go on back home.”

Well, she didn’t go back home completely, but she revisits her roots when she can. And yes, she did eventually find that elusive love.

Be sure to catch up on everything happening with the ABC cast right now. Come back here often for more Bachelorette spoilers, news, and updates.