The Bold And The Beautiful Spoilers: Can Steffy Prove Sheila Is Guilty? – Recall Is Not Enough 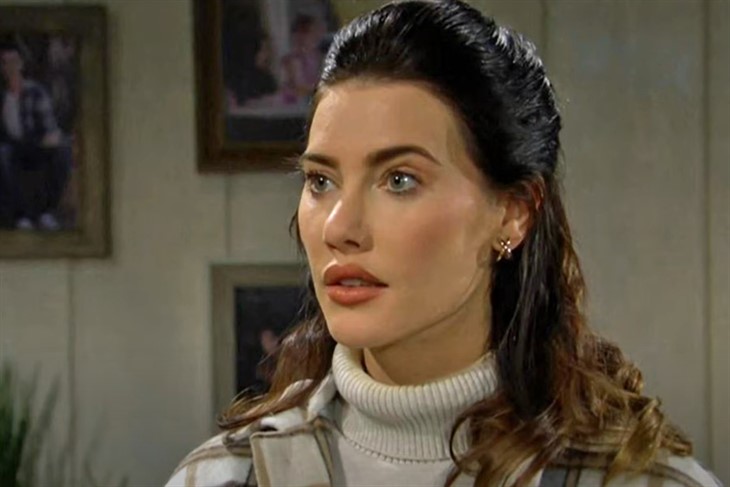 The Bold and the Beautiful spoilers document that Steffy Forrester Finnegan (Jacqueline MacInnes Wood) is teased to soon recall the details of John Finn Finnegan’s (Tanner Novlan) murder and her shooting. But will that be enough to ensure Sheila Carter’s (Kimberlin Brown) arrest?

Deputy Chief Bradley Baker (Dan Martin) can question Sheila if Steffy tells Martin’s character what she recalls. But will that be enough to sink Sheila, who is a professional liar?

The Bold And The Beautiful Spoilers – Professional Liar Protects Herself

Sheila is a professional liar. She practices creative morality because she is out of her mind, meaning that Sheila only thinks about what is best for Sheila.

She is such a heinous fiend that her initial response to realizing that Finn was shot dead instead of her intended victim, Steffy, was to prevent Wood’s character from calling for an ambulance. While Sheila did not mean to shoot Finn, she did aim at Steffy to prevent her from reporting the crime.

After having time to reflect, Sheila realizes that she has committed the worst act of her criminal career. Yet, even with that epiphany still wants to kill Taylor Hayes’ (Krista Allen) daughter. Taylor being the only person who allowed Sheila to begin what could have been a legitimate rehabilitation process.

Assume that Steffy recalls everything that happened, as is being teased. That makes sense and is believable considering the gravity of the situation. So, then what?

Depending upon who she is with in that scene, Steffy will cite Sheila as the shooter. Yes, who is with Steffy will be important. If trusted loved ones are present, Sheila will be reported to the Los Angeles Police Department.

But there is no telling what Sheila will do if Steffy is with her when the mind-clear happens. Viewers can assume that Sheila will still be packing heat and would use it.

If, for some reason, her silencer implement is not at hand, Sheila could knock Steffy out and haul her off to a remote destination while she determines how to handle the situation. Sheila would not be above plying Steffy with painkillers to keep her indefinitely subdued.

Deputy Chief Baker will need hard evidence if Steffy is able to report the crimes Sheila committed. Would Steffy’s word be good enough?

Remember, Sheila is a professional liar. Baker will not be able to hold her if she can provide some passable alibi. That would drive Steffy out of her mind.