Y&R: What Happens To Sharon After Rey’s Tragic Death? Sharon Case Weighs In 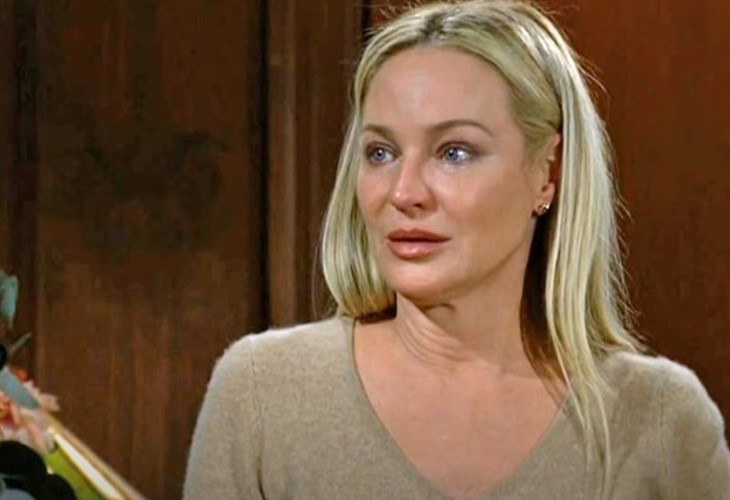 The Young and the Restless spoilers, news, and updates tease that Sharon is going to face major changes in the aftermath of Rey’s (Jordi Vilasuso) unexpected death. Sharon Case, who portrays Sharon, weighs in on what she thinks will happen to Sharon now that her husband is gone.

It was a sad moment for fans to see Rey’s final scenes after a car accident, but it was even sadder for the stars that worked with Jordi Vilasuso for a long time.

The Young And The Restless Spoilers: Victoria Contemplates Her Future With Or Without Ashland

Sharon Case admitted to Michael Fairman TV that it was difficult to film the last scenes she had with Jordi.

“It’s always just very, very sad when somebody leaves the show, especially when it’s somebody who you’ve worked with for years, but that is the way things go.”

It was also literally difficult to shoot the last scenes where Sharon learned the passing of her husband. Sharon Case revealed that she had a lot of angst doing the scenes, she was second-guessing herself, and they had to do several retake. The last retake was the most dramatic one and that’s what was aired.

While Sharon and Rey didn’t get a proper goodbye scene, Sharon Case felt it was just fine.

“This was different, and with how they told it and with what scenes they showed and did not show. I found that it was really effective,” she said.

With Rey’s death, Sharon could find herself feeling lost and broken. As with anyone who experience losing a loved one, it could feel that the world has stopped spinning and you don’t know where to go.

Sharon Case thinks her character will face major changes. “I think it’s going to be a turning point in her life. That turning point could be a lot of things, but I would love to see her make a change in her life.”

She suspects that she would be grieving for a while but would try to pull herself together. The twist could be that in the attempt to pick herself up, she may spiral downward. “Maybe she ends up going off her meds or becoming a drug addict, or whatever,” Sharon Case speculates.

Regardless, Sharon Case doesn’t want her character to find a new love interest for a while. She doesn’t think her character will look for a rebound right away. “I do think she can be on her own,” she mused.