General Hospital Spoilers: Ned Has A Vested Interest In Leo And ELQ 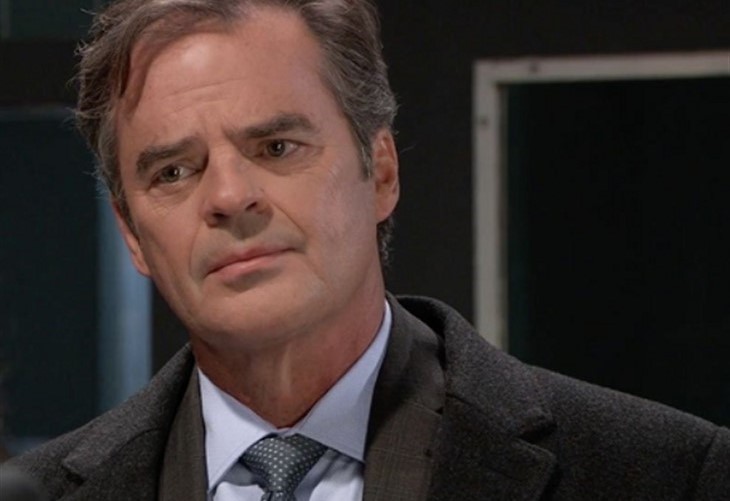 General Hospital (GH) spoilers and updates tease Ned Quartermaine (Wally Kurth) wants to keep a close watch on his family affairs. Ned has been able to get his marriage to Olivia Quartermaine (Lisa LoCicero) back on track. Ned has officially become the adopted father of Olivia’s son Leo Quartermaine (Easton Rocket Sweda). Ned has been concerned about the state of his family’s business ELQ. Ned wants to make sure that Leo and ELQ are taken care of.

Ned has been concerned about ELQ because Valentin Cassadine (James Patrick Stuart) had taken control of the company. Ned has believed that Valentin should not be in control of ELQ. Ned has discussed the situation with Michael Corinthos (Chad Duell) and Drew Cain (Cameron Mathison). Michael and Drew believe that they could find a way to take back control of ELQ from Valentin. Drew has his own company, Aurora Media.

Drew believes that he could merge Aurora Media with ELQ which would take the control of ELQ away from Valentin. Ned wants ELQ to be run by a member of the Quartermaine family even though Valentin has taken care of ELQ. Ned is unsure about the merger because Drew would have the most power in the company. Ned does not know what he his position would be in ELQ if Drew and Michael carry out their plan.

Ned has been able to help Leo. Ned was advised by Dr. Austin Gatlin-Holt (Roger Howarth) that Leo needed to be tested for autism. Ned had to convince Olivia to get Leo tested but she decided to make sure that Leo got the help that he needed. Ned and Olivia found out that Leo had autism. Ned has worked to support Olivia and Leo. Ned and Olivia held a party for Leo to announce his adoption.

General Hospital Ned wants the best for Leo. Ned was happy when Olivia wanted him to adopt Leo. Ned is determined show Leo that he can count on him to support him in his life. Will Ned be able to help Leo to find his way to get the life that he wants to have? Ned wants to take back control of ELQ from Valentin. Ned knows that Drew and Michael have a good plan to get back control of ELQ. Ned wants to be able to have a place in ELQ. Can Ned find a way to secure his place at ELQ? Be sure to catch up on everything happening with GH right now. Come back here often for General Hospital spoilers, news, and updates.