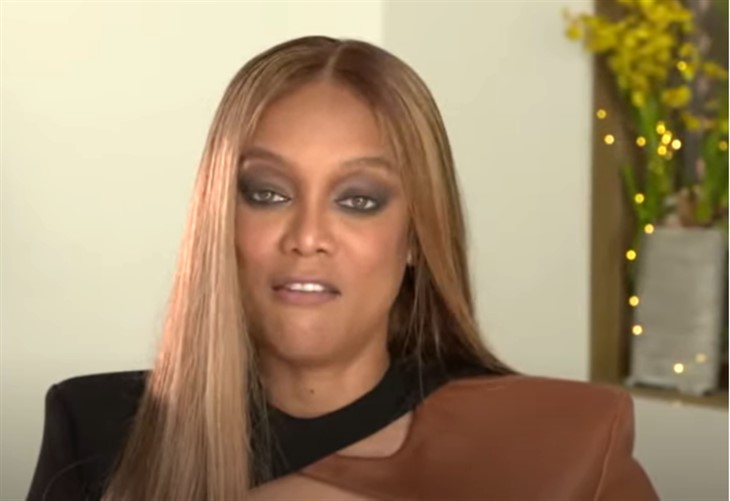 Tyra  Banks became famous first as a supermodel. After years of success on the runway, she then created “America’s Next Top Model” (ANTM). And Tyra assumed she would succeed again as the host of “Dancing With The Stars” (DWTS). However, DWTS fans united to slam Banks on social media for everything from her outfit to her personality.

And now Tyra got blasted again. Former ANTM contestants attacked Banks for various aspects of their experience. As a result, the supermodel reportedly feels hurt. But an insider predicted that Tyra will always behave like the “queen bee”! Get the details below.

Host of “Dancing With The Stars” and alum of “America’s Next Top Model” Tyra Banks recently has faced increasingly harsh comments from former ANTM cast members. And it comes just as Tyra has gotten even more slams for her DWTS gig. As a result, she could face challenges to progress in the entertainment field, per OK magazine.

But the allegations from former ANTM cast members just might have hammered the nail in her TV show coffin. For instance, Tyra reportedly feels devastated by how one previous contestant described Banks’s show as “psychological warfare.” And in an era where women increasingly speak up about unfair treatment, Banks’ alleged advice to an ANTM contestant to use “feminine wiles” to halt an overly aggressive male supermodel has gotten blasted. As a result of all the slams, the supermodel even put her Twitter account on hold.

But avoiding Twitter won’t solve Tyra’s problems. And the DWTS host, 48, feels truly hurt by the backlash, shared an insider. However, Banks also feels that others do not understand her reasons for acting so harsh.

Tyra Banks – ‘Painted As A Bully’ But Still ‘Queen Bee’!

Because Tyra wanted her contestants to succeed, Banks deliberately “came down hard” on her “America’s Next Top Model” contestants, explained one insider. “But she’s been painted as a bully and that hurts.” However, Tyra does wish she could redo some aspects of her famous show for would-be models.

“Tyra wishes she’d done things differently,” added the source. “But she doesn’t think it’s fair that she be held solely accountable.” However, Banks faces even more criticism from her DWTS hosting gig. For instance, one source alleged she acts like a “queen bee.” And the supermodel reportedly affects others “the wrong way.”

As a result, the insider warned that either Tyra changes or she gets booted. “Truth is, she’s always been difficult to work with,” admitted the source. “And if she doesn’t fix her attitude soon, she may find herself headed for the exit door.”

Tell us what you think. Do you predict that Tyra Banks will get fired from “Dancing With The Stars”? And after you share your views, check back on our site for more celebrity news.