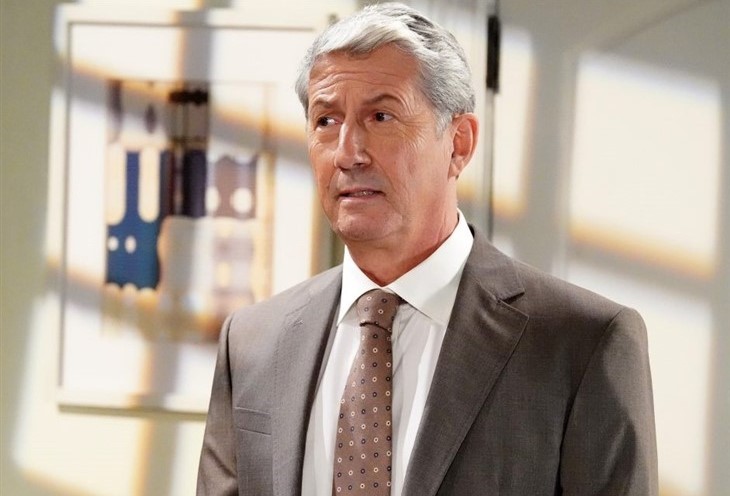 General Hospital Spoilers – Victor Cassadine Has Been Trying To nite His Family For Months!

For months now, Victor has been trying to unite the Cassadine. He has been warning all his family members that a threat is coming to the Cassadine family and that they won’t survive if they aren’t united. But beyond that, his warnings have been vague at best. Alexis Davis (Nancy Lee Grahn) and her daughters want nothing to do with Victor or his rantings. Valentin Cassadine (James Patrick Stuart) however, seems to take his father’s side. But what of Nikolas?

Meanwhile, Mayor Laura Collins (Genie Francis) is worried that Victor is plotting something terrible. While Nikolas doesn’t necessarily disagree, he hasn’t pushed Victor away either. If Nikolas and Ava’s problems continue, Nikolas may very well side with Victor in whatever scheme that Victor is planning. Ava has been a buffer of sorts, keeping Nikolas from completely siding with Victor. But if Ava and Nikolas continue to have problems, Victor may very well see this as the perfect time to get Nikolas on his side!

General Hosptial Spoilers – How Does The Ice Princess Fit In?

Decades ago, the Cassadines, including Victor, tried to freeze the entire city of Port Charles as part of a scheme to blackmail the world’s leaders into giving them a huge ransom. With the Ice Princess having been stolen, it seems as though Victor may be planning something similar. Victor had Luke Spencer (Anthony Geary) murdered as part of his plans so it stands to reason that whatever he is up to now is right up on par with that. Hopefully, Nikolas won’t be part of anything like that!

Will Nikolas finally take Victor’s side? What does the Ice Princess have to do with Victor’s schemes? Why was Luke murdered? Anything can happen in Port Charles so stay tuned to General Hospital airing weekdays on ABC. And don’t forget to check back right here regularly for all your General Hospital news, information, and spoilers!