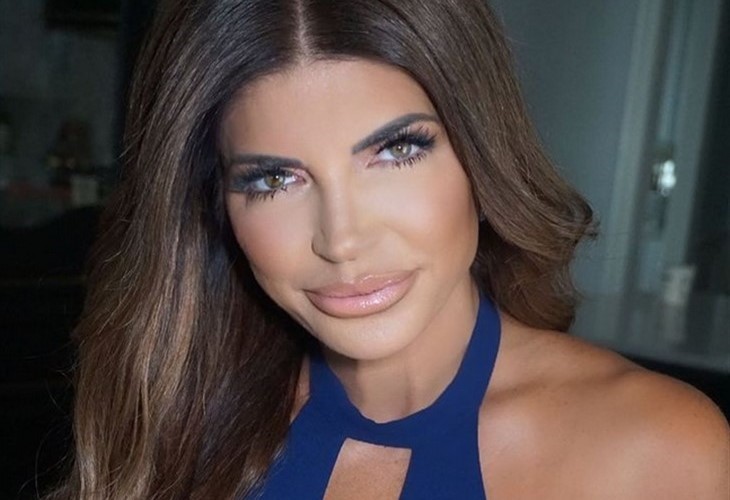 Real Housewives Of New Jersey – Is All About Teresa Giudice

In Season 12, fans saw that Teresa behaved badly and threw some glassware at Margaret Josephs. Actually, since she and Joe split, Teresa’s storyline seems to dominate the show. Now engaged to be married to her new guy, Luis Ruelas, she takes a lot of heat for ignoring all his red flags, Additionally, her bad temper boils out over the slightest criticism.

Real Housewives Of New Jersey also featured Teresa’s daughter Gia a lot in the last season. Actually, some folks think that Bravo should just take them away and give them their own spinoff. With new faces arriving, people seem a bit hopeful that they bring some new storylines to the show. However, they predict that as usual, Teresa will manage to lose another friend.

Bravo Housewives on Instagram shared a photo of Teresa and Danielle getting cozy with their respective guys. In the caption, the admin wrote, “Teresa Giudice and Louie Ruelas are hanging out with potential new Housewife Danielle Cabral & her husband, Nate! 🔥 #RHONJ.”

In the comments section, Real Housewives Of New Jersey fans started talking about the two women. In fact, more than one of them predicted a fallout between them. Of course, one also suggested, “Let me guess Teresa already told them they have to be loyal to her and to be mean to Margaret, she is so predictable 😂.”

One Real Housewives Of New Jersey fan opined, “It’s all love and friendship right now. But give it a season or two if she makes it that long before these two are at each other’s throat 😂.”

This comment also arrived: “Teresa trying to get this chick to be on her side/ support her early on. Hopefully, The newbie isn’t scared of Teresa’s craziness.”

However, not everyone slapped at Teresa Giudice. One loyal fan wrote, “I’m so happy [they] are mixing it up and bringing in people that support Teresa! She looks happy! With divorce, prison and losing her parents I think she deserves it and as much as the other girls want to judge her outbursts I think it’s important to understand that she went through some traumatic stuff.”

Be sure to catch up on everything happening with RHONJ right now. Come back here often for moreReal Housewives Of New Jersey Season 13 spoilers, news, and updates.