The Bold And The Beautiful Spoilers: Steffy’s Enduring Tie To Liam – Hope Gives Thomas A Chance? 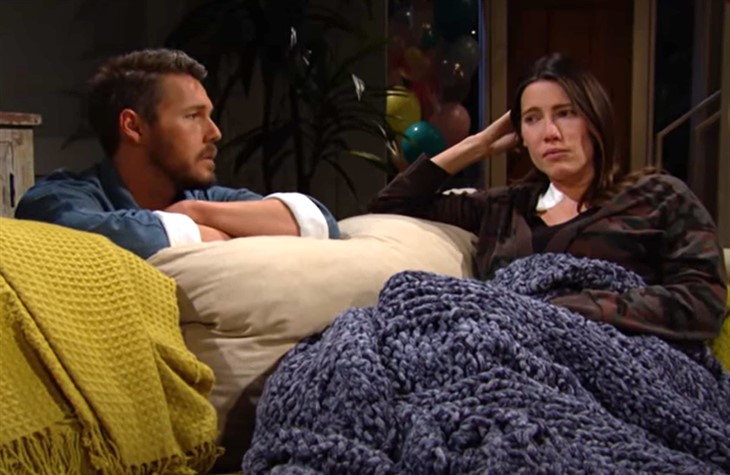 The Bold and the Beautiful spoilers document that Steffy Forrester Finnegan’s (Jacqueline MacInnes Wood) love for her late husband, John Finn Finnegan (Tanner Novlan), will endure. His horrific loss is inexplicable and impossible to digest on both sides of the screen.

Liam Spencer (Scott Clifton) loves Steffy, but in a different way than he loves his current wife, Hope Spencer (Annika Noelle). Part of Liam’s heart is with Steffy, but she is not a current threat to his marriage with Hope.

Hope is increasingly uneasy. No devoted B&B fan can blame her. Those fans of Hope’s marriage to Liam also share her feelings because they have seen this story line pattern before.

The Bold And The Beautiful Spoilers – Past Being Revisited Again?

There have been repeated instances where Hope and Steffy have been at odds over Liam. Both women love him, and he loves them both.

Liam’s default position is to be the most in love with whichever woman he is with at the time. It is fair to classify that as using each lady without committing fully to either one.

So, Finn’s loss might be an exit ramp that enables B&B to re-pair Steffy and Liam. No one can fully claim it is not until the next handful of months pass by.

Finn is dead, right? That would not be a question in the real world. But this is daytime where the suspension of disbelief scenario allows the impossible to happen and the explained through dialogue at a later point.

Theories about Finn’s survival center on certain plot points. He has not been shown after the sheet was pulled over his face. Li Finnegan (Naomi Matsuda) is caring for her son, who was not dead as he was being carried in the ambulance.

Deputy Chief Bradley Baker (Dan Martin) is on the ruse as he tries to bait Finn’s killer.

All of the above and more are plausible soap opera possibilities. Now that Steffy was discharged from the hospital, it will be interesting to see if a funeral is held. If not, that would add to legitimate speculation about Finn not being killed by Sheila Carter (Kimberlin Brown).

The Bold And The Beautiful Spoilers – Hope Spencer Feels Rejected

Thomas Forrester (Matthew Atkinson) has not been able to find a romantic interest since his marriage ceremony fail with Zoe Buckingham (Kiara Barnes). His single status makes the potential of Hope reaching out to him a bit easier.

Noelle’s character will be increasingly on edge if Liam agrees to spend inordinate amounts of time at the cliff house while Steffy recovers. He is not her nurse but would be an emotional crutch.

If Hope perceives Liam’s newest link to Steffy as a betrayal, she could turn to Thomas, whose feelings for Hope are well-known.