Days Of Our Lives Spoilers: Clyde And Nancy Busted By Chloe! 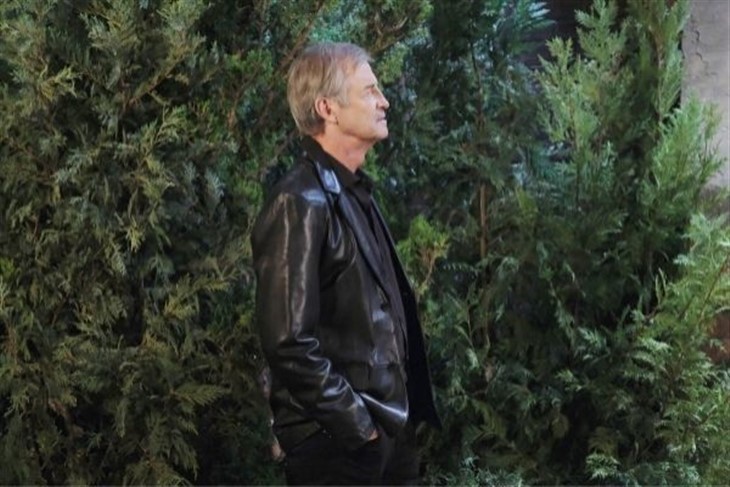 Days of Our Lives spoilers and updates tease that Clyde Weston (James Read) and Nancy Wesley (Patrika Darbo) will be busted on their first date by a disapproving Chloe Lane (Nadia Bjorlin) in an upcoming DOOL episode!

First, Nancy will check in on her bereft ex, Craig Wesley (Kevin Spirtas) following an “I told you so” moment that she’ll stifle down. No one is disputing that Craig fell hard for the person he thought was his true soulmate, Leo Stark (Greg Rikaart). Craig had to have it proven to him that Leo was a scamming snake and Chad DiMera (Billy Flynn) and Sonny Kiriakis (Zach Tinker) delivered!

Viewers will recall Chad delivered Jackie Cox (herself) who is still legally married to Leo, right to the wedding! That effectively put a stop to the couple “Cleo”! Nancy still cares about Craig after all the years they were together, even if they seemed to be a lie-she’ll want to make sure he’s okay before he leaves town.

After realizing her whole years-long marriage to Craig was a lie, Nancy was very impressed with Clyde’s honesty. He made no bones about having been in prison, and trying to make a new start and his trying to be a new man. He was very encouraging to Nancy also, telling her he knew she could stand on her own two feet and proud and tall at her ex’s wedding. For Nancy, that was very refreshing and she let Clyde know she didn’t hold his past against him at all, which encouraged him! Nancy is looking forward to her and Clyde’s second real date, the first one having been when they met and got acquainted.

As luck would have it – bad luck, that is – Chloe happens across Nancy and Clyde as they are enjoying their first date! Of course she will wonder what Nancy is doing with Ben Weston’s (Robert Scott Wilson) father, and his bad reputation does precede him! When Chloe realizes that the two of them are indeed on a date, she’ll be extremely upset, although she knows there’s no hope for her parents’ marriage.

Chloe will just suffer a major case of role reversal wanting to know what her mother is doing dating a criminal, even though she doesn’t have the purest past herself. What was that about killing some guy down in Mexico, a drug lord or something like that and having his gang come looking for her?

Nancy will defend Clyde, although she’ll also make it a point to tell Chloe that they are testing the waters and getting to know each other. Chloe’s boyfriends haven’t had the purest past themselves, Philip Kiriakis (Jay Kenneth Johnson) in particular but Nancy won’t bring him or the others up. Nancy will however point out that people can and do change, as long as they want to change themselves and make changes in their lives. Even so, Chloe may freak out and enlist her current squeeze Brady Black (Eric Martsolf) to try and talk some sense into her mother!