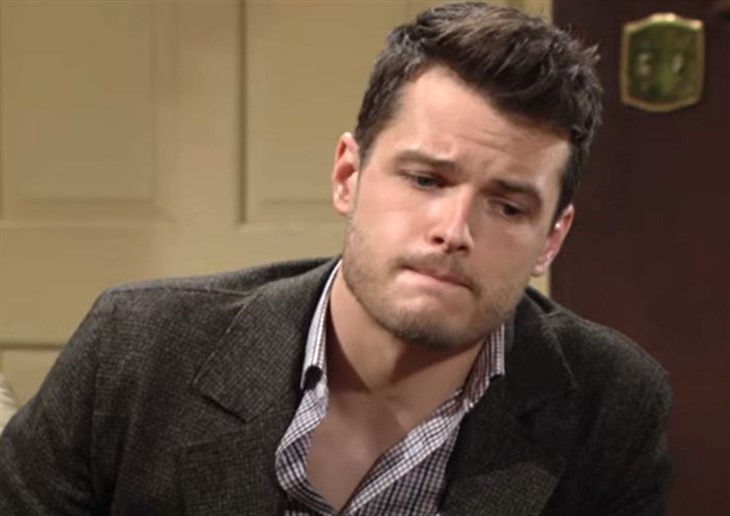 The Young and the Restless spoilers document that Kyle Abbott’s (Michael Mealor) head is spinning. That is why he is doing something that viewers normally do not see, drinking hard liquor in daytime.

Not since the days of Kyle’s risky exploits at the Genoa City Athletic Club’s rooftop pool, with that entire setting being abandoned by Y&R, have viewers seen Kyle so uncertain of his future. Exceptions would be the moments that he vacillated between Summer Newman (as then played by Hunter King) and Lola Rosales (Sasha Calle).

Diane Jenkins’ (Susan Walters) mind-altering reappearance has shaken many lives, with Kyle’s being chief among them. With more answers needed, she can not possibly follow through on her plans to return to Los Angeles, California.

Victor Newman (Eric Braeden) has long reigned over GC. He was twice married to Diane and never expected to see her again. Who would, after she was killed in self-defense by Nikki Newman (Melody Thomas Scott)?

But daytime is about drama. So, with some creative plotting, the woman whose full name, Diane Jenkins, Victor often spit out of his mouth, is back.

But he told her to get herself out of town as soon as possible or else. She was spooked by his threat and made a call intending to jet back to LA.

Y&R Spoilers – Mariah Copeland Is One Among Many Supporters

Kyle’s growth into a married father is something Diane told Victor that she is proud of. That growth also means that Kyle has the full support of his family members and friends across GC.

Diane has no one’s support, with a slight nod to Allie Nguyen (Kelsey Wang), who feels somewhat sympathetic for Diane’s cause. With no backing and Kyle’s hostility being seen, Diane currently believes she may need to wait out her son out on the left coast of the United States.

Mariah Copeland (Camryn Grimes) was an unknown entity the last time Diane was around. Today, she is someone Kyle considers to be a close friend. Viewers should look for Grimes’ character and various others to build a wall of protection around Kyle as he deciphers his mother’s reasons for her outrageous past actions.

The Young And The Restless Spoilers – Diane Jenkins Is Back

Diane has not been seen on Y&R for more than a decade. That is a long period in both real and soap time.

The recast to the actor who portrayed Diane before Maura West (who portrayed Diane in 2011) was significant. Devoted fans know that Walters could not possibly have been hired to work for a handful of weeks and then sporadically appear through LA video chats.

No, Diane is almost certain to remain in GC. She will slowly reclaim at least a neutral tie with Kyle and get to know her grandson.

The first answer Kyle needs to determine before that happens is if he can trust his mother. He, not Diane, is the only person who can answer that question on Y&R.