General Hospital Spoilers: Alexis Has Closure, Ready To Move On! 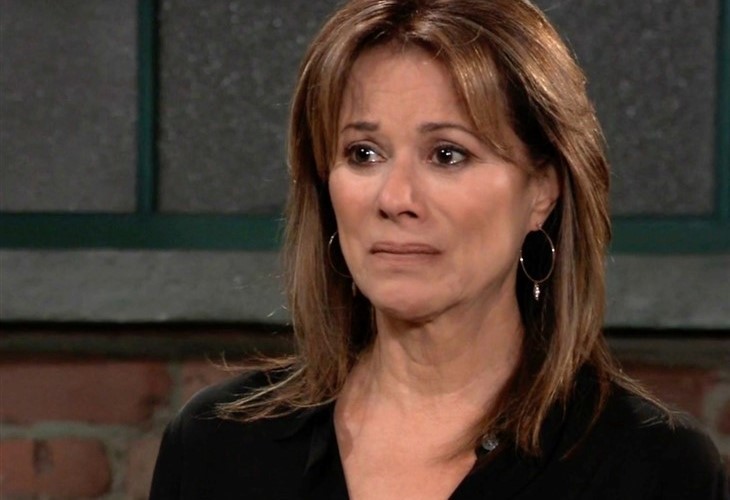 General Hospital spoilers tease that Alexis Davis (Nancy Lee Grahn) has finally gotten some closure regarding the death Dr. Neil Byrne (Joe Flanigan). Almost two years ago, after the couple finally declared their love for one another, Neil died of a drug overdose in Alexis’ bed!

Alexis never suspected that Neil had an issue with drugs and for good reason! As it turns out, Harmony Miller (Inga Cadranel) snuck into Alexis’ house and gave Neil the injection that killed him! But for all this time, Alexis blamed herself.

Alexis struggled in the aftermath of Neil’s demise. She started drinking again and had a one-night stand with Ned Quartermaine (Wally Kurth). Their tryst almost destroyed Ned’s marriage but even so, Alexis continued on her path of self-destruction. She ended up almost killing Dante Falconeri (Dominic Zomprogna) while trying to protect her daughter Samantha McCall (Kelly Monaco) from a perceived attack by Franco Baldwin (Roger Howarth). Alexis went to prison for almost killing Dante.

While in prison, Alexis was befriended by Harmony, who was working at the prison as an aide. The two actually became friends. But Harmony was trying to make up for killing Neil by helping Alexis. Now that the whole truth is out about Harmony, Alexis can finally put this dark chapter of her life to bed. She has already made a significant career change as Editor-in-Chief of the Invader. She hopes to shine a light on injustice in her new position and she seems to be on track to do just that!

Now that she has closure about Neil’s death, perhaps Alexis could give romance another chance. Gregory Chase (Gregory Harrison) will be returning to Port Charles soon and might be exactly what Alexis needs in the romance department. Alexis has punished herself enough for what happened to Neil, even though none of it was her fault. With a new career path in place, the next step may very well be a new romance!

Is Alexis finally on the right path? Are her days of drinking behind her? Could a romance with Gregory be in her future? Anything can happen in Port Charles so stay tuned to General Hospital airing weekdays on ABC. And don’t forget to check back right here regularly for all your General Hospital news, information, and spoilers!