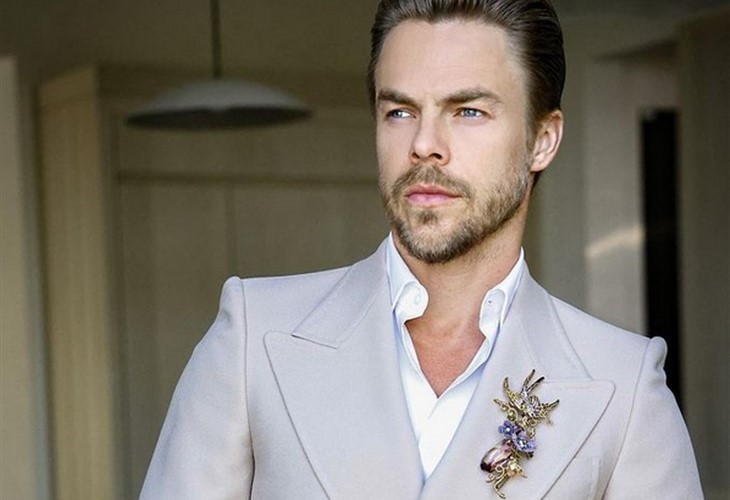 Dancing With The Stars (DWTS) pro-dancer and judge, Derek Hough isn’t upset with the move to Disney+. Just like his fans, he was a bit surprised to hear that show migrates from ABC, but he certainly isn’t down about it. So, he must have a good reason. After all, change is hard for anyone, both in and out of the spotlight.

Dancing With The Stars – Brings Back Derek Hough

Plenty of fans expressed their outrage when they heard that Season 31 comes along slated for the fall. That’s because of a surprise announcement that ABC surrenders the popular show to Disney+.  Actually, a lot of folks blamed Tyra Banks for the falling ratings and hoped they’d never see her on the show again. Well, Derrek’s not furious at all.

The Dancing With The Stars pro-dancer and judge suffers from uncertainty just like the other cast members. Unfortunately, they never really know for certain that they will be picked for a new season. This year, Derek was fortunate to land a special with ABC, and he has his Venetian Resort residency in Las Vegas to fall back on. Plus, he’ll be back for Season 31

Dancing With The Stars – Derek Hough Is Very Excited About Disney+

Entertainment Tonight chatted with Derek about the upcoming season and he confirmed that he returns. Initially, he felt a bit shocked at the announcement, but he soon realized the advantages. Speaking with  ET’s Nischelle Turner at the Top Gun Maverick premiere, he said, “At first, I was like, ‘Wha? What does that mean?”

The reason why the Dancing With The Stars pro got so excited related to the fact that no commercials come on the streaming platform. So, he explained that it allows for “more performances, more dances, more creativity.”

Dancing With The Stars – Streaming TV Is The Future

Dancing With The Stars has been around on conventional TV for a long time, but things are starting to change, Derek Hough admitted. So instead of being unhappy, he rather sees the move as a wave of exciting developments for the future. He told ET, “to move into this area is very bold, very brave, and I’m very excited about it, to be a part of that new phase in television!”

Perhaps it’s just way too soon to condemn the move before fans actually see it go down. While some folks might be grumpy about a subscription, eventually, it seems that many other shows might also make the move to streaming platforms like discovery+ and disney+. Derek, for one, does not want to be left behind as technology takes entertainment down a new highway.