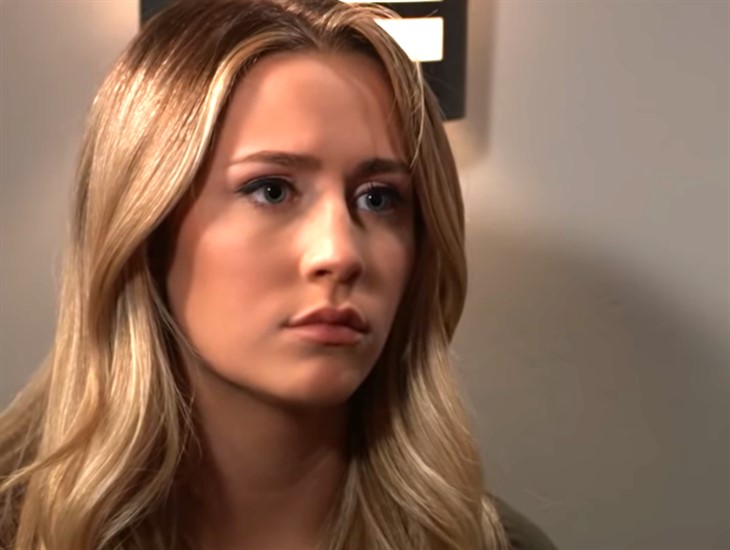 Joss has believed in Trina’s innocence. Joss has been upset with Spencer Cassadine (Nicholas Chavez) for siding with Esme. Joss has started to think that Trina should walk away from Spencer and get close to Rory Cabrara (Michael Kruse).

Joss has been concerned about Trina’s relationship with Spencer. Trina and Spencer met at Ava Jerome-Cassadine’s (Maura West) art gallery. Spencer told Trina that his name was Victor and asked her to keep the fact that he was in Port Charles a secret. Trina agreed to keep the secret but did not know that Spencer and Esme were stalking Ava and Spencer’s father Nikolas Cassadine (Marcus Coloma).

Joss has just met Rory but she has started to like him. Joss knows that Rory has been supporting Trina. Rory helped Trina when she was arrested for the cyber-crime against Joss and Cameron. Rory is a police officer who has been assigned to guard Trina. Trina has been grateful to Rory for standing by her.

Joss knows that Spencer does not like Rory because Rory arrested Spencer and Cameron for disorderly conduct. Joss was relieved when Cameron and Spencer were released and the charges dropped. Joss believes that Spencer is troublemaker who will continue to get into trouble. Joss thinks that Rory will continue to follow the law. Joss believes that Rory is the better match for Trina.

Joss and Trina would be impressed if Spencer was able to help to prove Trina’s innocence. Will Joss change her mind about Trina being with Spencer? Joss may still believe that Spencer could bring trouble into Trina’s life and want Trina to be with Rory. Will Joss want to help Rory be the one in Trina’s life?